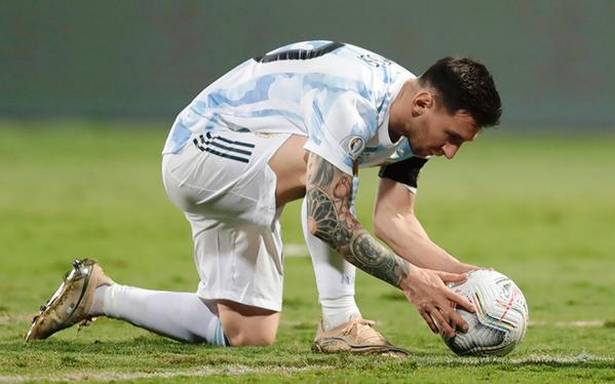 Argentina is enjoying the “Barcelona version” of Lionel Messi at the Copa America ahead of his 150th appearance for the national team.

The 34-year-old Messi is still seeking his first major success with Argentina, not counting the Olympic gold in 2008.

But with four goals and four assists in the tournament so far, Messi has led Argentina to the semifinals where it plays Colombia on Tuesday at the Mane Garrincha Stadium.

On Saturday he scored one goal and provided two assists in Argentina’s 3-0 win against Ecuador in the quarterfinals. It was Messi’s first game since his contract with Barcelona expired.

Messi has played a record 149 matches for Argentina. His inspired performances in the last five are being compared to his best days with Barcelona, including his vision on the field, the quality of his passes and two goals from free kicks.

“This is the best player ever we are talking about,” said Argentina coach Lionel Scaloni.

His teammates have played their part in Messi’s resurgence for Argentina, which last won the Copa America in 1993. Messi seems driven to be at the July 10 final at the Maracana in Rio de Janeiro, the same stadium where Argentina — and Messi as captain — lost in the 2014 World Cup final to Germany.