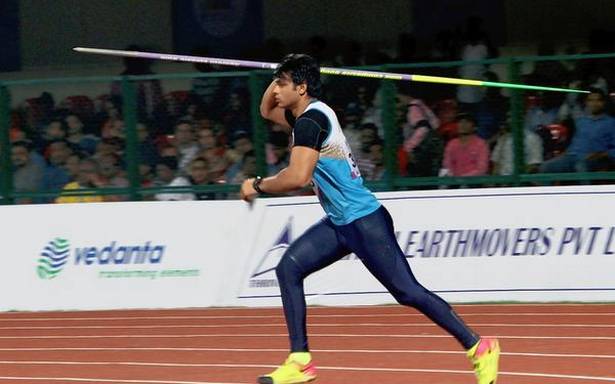 With Germany’s Johannes Vetter unleashing some of the biggest throws in history in the last few weeks, Asian Games champion Neeraj Chopra had been a very anxious man.

Javelin thrower Chopra, the man just behind Vetter in the World list this year with his National record of 88.07m in March, has not competed in quality international meets for nearly three years. Rising coronavirus caseloads in the country meant plans for his international travel had to be frequently changed or cancelled.

However there is hope now that Chopra, who trains in Patiala, could be competing with some of the world’s best soon to fine-tune himself for this July’s Tokyo Olympics.

The 23-year-old, the best bet to win the country’s first-ever Olympic medal in athletics, has got his visa approved to fly to France through the efforts of the Sports Authority of India, Sports Ministry, Ministry of External Affairs and the Prime Minister’s Office. That should see him competing in European meets soon.

“He may be leaving for France on Tuesday or Wednesday,” National chief coach Radhakrishnan Nair told The Hindu from Patiala on Sunday. Biomechanical expert Dr. Klaus Bartonietz and physio Ishaan Marwah will be travelling with Chopra.

However, Chopra will have to undergo a 10-day quarantine on arrival in France and that will be a worry. It is not clear whether the Commonwealth Games champion would be allowed to train during quarantine.

Chopra is happy that he is going abroad after a long break.

“I really needed to take part in competitions before the Olympics. I had approached TOPS (Target Olympic Podium scheme) to help me get the visa and I feel lucky that so much effort has been taken to make this happen,” he said. “The government has done its bit, now it is my turn to give my best at the Olympics.”

“Chopra had earlier applied for a Swedish visa which did not come through because of the travel restrictions but when the possibility of travelling to France came up, we decided to approach the French authorities through the MEA,” said Kiren Rijiju, the Union Sports Minister.

“With their help and intervention of the PMO, the French visa has come through.”