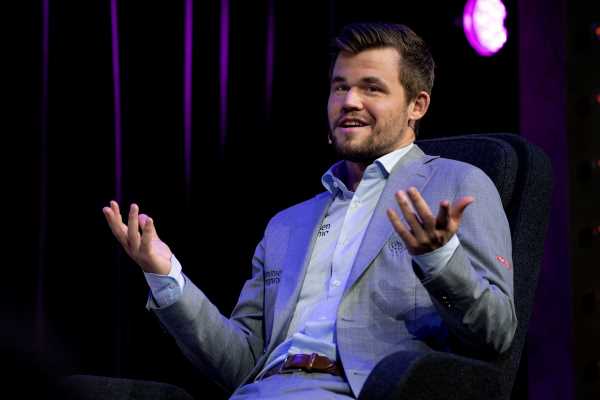 Chess world champion Magnus Carlsen remained vague on Thursday about whether or not he thought Hans Niemann was a cheat after he abruptly conceded his contest against the American at the Julius Baer Generation Cup online tournament following one move.

This was the second time this month that the Norwegian has surrendered games or pulled out from a tournament which also featured Niemann.

Carlsen, world champion since 2013, withdrew from the Sinquefield Cup in St Louis, Missouri, earlier this month after unexpectedly losing with the white pieces to Niemann, who lags almost 200 ELO points behind him.

It was the first defeat with the white pieces in a classical game for the world number one since he lost to American Levon Aronian in Oct. 2020.

The day after losing to Niemann, Carlsen explained his withdrawal from the tournament by tweeting a video of soccer coach Jose Mourinho saying: “If I speak, I am in big trouble.”

The tweet sparked a furore of comments and allegations that the 19-year-old Niemann had cheated, including from American grandmaster and star streamer Hikaru Nakamura.

“In response to the recent rumours circulating the chess world, I can confirm that we currently have no indication that any player has been playing unfairly in the 2022 Sinquefield Cup,” Sinquefield Cup chief arbiter Chris Bird said in a statement.

Niemann had previously been banned from chess.com for cheating online, having admitted he had not played fairly in non-competitive games on the website in his youth.

However, he has denied any wrongdoing while contesting over-the-board games.

“I have never cheated in an over-the-board game. If they want me to strip fully naked, I will do it. I don’t care. Because I know I am clean. You want me to play in a closed box with zero electronic transmission, I don’t care,” he said recently.

Asked about his surprise withdrawal in St Louis and Monday’s surrender, Carlsen told Norwegian TV NRK: “Unfortunately I cannot particularly speak on that.

“But people can draw their own conclusion and they certainly have and I have to say I am very impressed by Niemann’s play and I think his mentor Maxim Dlugy must be doing a great job.”

Asked if his decision had anything to do with him suspecting Niemann of cheating, Carlsen said: “I cannot comment on that.”

In July, Carlsen said he would not defend his world championship title in 2023 against Russia’s Ian Nepomniachtchi as he is not motivated to play another match.

Nepomniachtchi will face the runner up in the recent Candidates tournament, China’s Ding Liren.