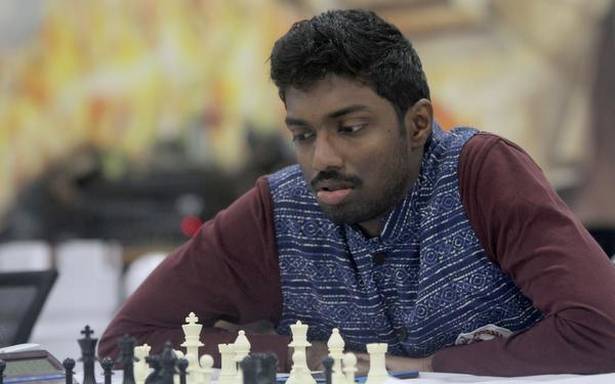 In second spot behind Hungary after three rounds

Favourite India narrowly fell short of maintaining a clean slate and held the second spot after three rounds of Top Division’s Group ‘B’ in the FIDE Online Chess Olympiad on Wednesday.

After a convincing 6-0 victory over Egypt, but not before Vaishali was awarded the game because her victorious rival failed to keep one of the two cameras on for the duration of the game, India suffered a mild setback with fourth seed France pulling off a 3-3 draw. In the day’s third round, India defeated Sweden 4-2.

On a day when India fielded all 12 players, B. Adhiban won both his games, Viswanathan Anand and Tania Sachdev contributed 1.5 points each from two games while seven others remained unbeaten. However, R. Praggnanandhaa and debutant Savitha Shri lost a game each.

Second seed Azerbaijan was surprisingly held by Shenzhen China before being stunned 2-4 by third seed Hungary, the first-day leader.