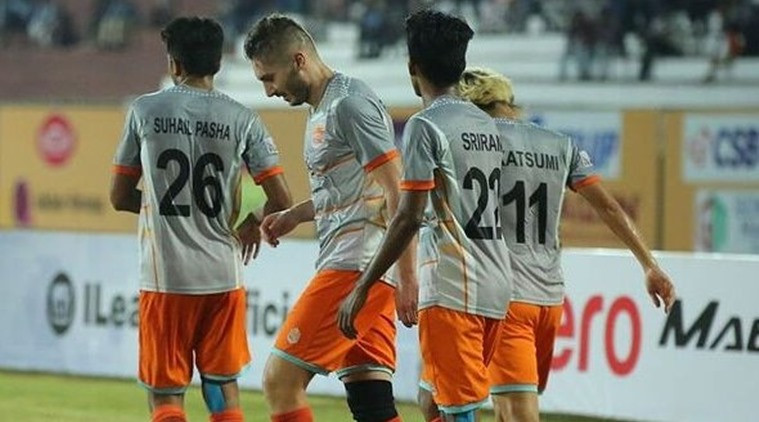 Chennai City went down fighting 0-1 to Bahraini club Al Riffa SC in a preliminary round qualifier to bow out of the AFC Champions League 2020 here on Tuesday. Mahdi Abd Al Jabar (41th minute) scored the match’s only goal at the Arena Stadium.

Significantly weakened by the loss of star striker Pedro Manzi early this month, I-League champions Chennai City FC had their task cut out.

With Riffa always on the lookout for goals, Chennai City were pushed onto the backfoot at the start. Chennai struggled to create clear-cut chances for most of the first half, with new signing Fito aiming at the post with long-range efforts.

The Bahraini league defending champions broke the deadlock in the 41st minute after a good build-up. Habeen Haroun received the ball outside the box and managed to slid in a through-ball into the box for Mahdi Al Jabar, who did the rest by slotting the ball past Chennai goalkeeper Nauzet Santana with his right foot.

The visitors went into the half time leading by a goal.

The second half was livelier than the first, with both teams creating quite a few chances. The hosts came close to equalising when Jishnu Balakrishnan found Syed Suhail Pasha inside the box but the striker failed to convert.

Up against one of the most successful clubs in Bahrain, who have won the domestic top league 12 times, Chennai City tried but could not avoid a defeat.