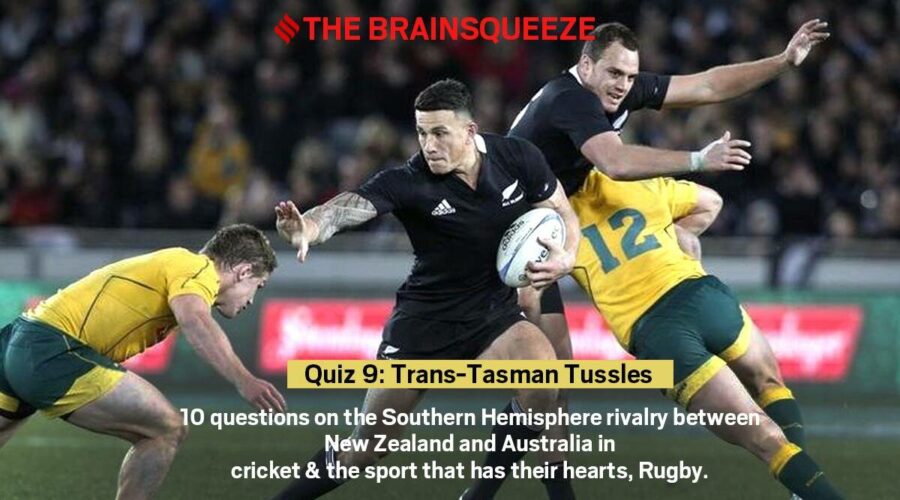 Trans-Tasman Tussles: Linger over the 10 questions, and find the answers to get you ready for Sunday's T20 World Cup Final. 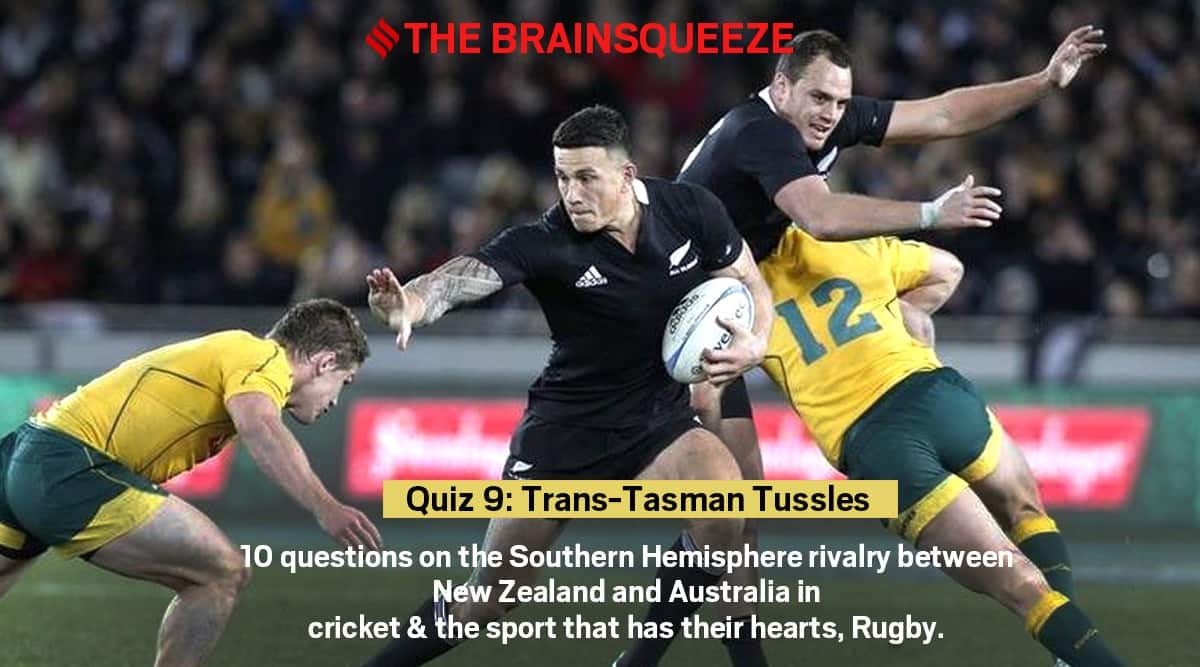 In keeping with the tail-tale end of the T20 World Cup, this weekend’s Quiz looks at the unique rivalry between the two Southern Hemisphere sporting powerhouses, New Zealand and Australia across two sports – the cricket & the sport that has their hearts, Rugby.

Linger over the 10 questions, and find the answers to get you ready for Sunday’s Final.

Send answers to [email protected] alongwith your Name and City.

Q1. ‘Fiona from Rotorua’, a cricket fan paid NZ$2000 this March 2021, winning from 99 bids, an auctioned yellow plastic seat, with proceeds going to the Wellington Homeless Women’s Trust. The seat was broken when an Aussie power-hitter smashed a Jimmy Neesham delivery 10 rows back off the second ball of the 16th over, which went for a total of 28 runs. “I’ll make a donation, and an apology for breaking a seat,” the Aussie told the New Zealand Herald after the game.

Q2. Glen Maxwell channelled ‘Captain Jean-Luc Picard commending Riker of the Starfleet’ with a StarTrek meme to congratulate a Kiwi crucial cameo in the first semifinal against England, with words of “Not bad, Xxxxx Xxxxxxx, not bad”. Who was he appreciating?(5, 7)

Q3. Ahead of the final, Jimmy Neesham would say: “We’ve got pretty robust strategies around how to prepare for games with scouting, planning, and all that kind of stuff. So, those strategies will all kick over the next couple of days and we will get back on the training xaxxoxx (7 letters) tomorrow I think and prepare as best as we can.”

What’s the synonym for that lovely, grassy practice oval / rectangle patch of field for training that Aussies and Kiwis, retreat to, to chisel their games – be it cricket, rugby or Aussie Rules football?

Q4. The Bledisloe Cup that determines rugby honours has stayed with just one of the two Tasman nations for 19 years since 2003 now. Who reigns supreme for nearly 20 years – Aus or NZ?

Q5. A Kiwi coach was unable to lead the All Blacks to reclaim the Bledisloe Cup for rugby in 2002, having not won the trophy since 1997. The coach would eventually nail that, and also steer the All Blacks to a third-place at the 2003 World Cup beating the Springboks 29–9 in the quarterfinals. But he would lose to hosts Australia in the semifinal 22–10. A difficult relationship with the media and with sponsors, would end his national rugby team coaching stint.

Now all these years later, his son, starred for Black Caps in the T20 cricket semi-final vs England. Who is the Kiwi coach?

Q6. The first time Aus and NZ cricket teams met in a 50 over World Cup, this opener, a staid Test batter broke the shackles with 3 sixes to notch a century vs NZ in 1983. He was central to Australia becoming ODI champs through 1987 & as coach in 1999. Now his son might help Australia transition from being ODI behemoths to first-time T20 world champs.

Who is the Aus former cricketer and coach?

Q7. Who will be the only batsman on the field in Sunday’s finals (accounting for no injuries) to have scored a century in T20I against the opposing finalist? He also boasts 29 6s and 34 4s against the rivals on the day. But his country lost that match despite his ton, after opponents chased down a target of 243.

Q8. This was the Fall of wickets for NZ in the 1987 World Cup for 50 overs, against Australia:

Q9. Back to rugby World Cup. This, a Sydney Morning Herald Live Commentary from 2015 World Cup:

“NEW ZEALAND 24 lead AUSTRALIA 17.
FULL-TIME: New Zealand are WORLD CHAMPIONS again. That stings. That really stings. Especially after the Wallabies fought so hard to get back into the contest. They did everything they could. But in the end it wasn’t enough. New Zealand led 21-3 just after half-time. Australia got it back to 21-17. But New Zealand went up a cog thanks to Dxx Cxxxxx and they’ll lift the trophy again! Bugger Bugger Bugger.”

Which All Blacks player slotted it from 41 metres out, off his left foot, launching a DROP GOAL to sink Wallabies hopes in the 70th minute?

Q10. If ‘Big Oil Rig’ is batting with the ‘Big Show’ for Australia, who is the player referred to in partnership with Glen Maxwell?

Spelling mistakes will be frowned upon.

11/13/2021 Sport Comments Off on Brainsqueeze: Quiz on unique rivalry between NZ and AUS across two sports- cricket & rugby
India