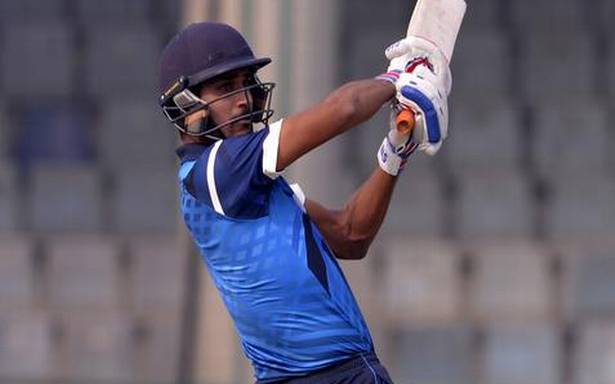 Hooda, who has played 46 first-class matches, was miffed at the behaviour of Pandya

The Baroda Cricket Association (BCA) has sought a report from the manager of its senior team after experienced player Deepak Hooda stormed out of the preparatory camp for Syed Mushtaq Ali Trophy, alleging “misbehaviour” by skipper Krunal Pandya.

The national T20 tournament began on Sunday with multiple matches across the country.

“We are awaiting for the manager’s report,” BCA secretary Ajit Lele told PTI on Sunday while confirming that there will be no replacement for Hooda in the 22-member squad, as the players are staying in a bio-bubble.

A senior BCA official also informed that Hooda has checked out of the team hotel.

Hooda, who has played 46 first-class matches, was miffed at the behaviour of Pandya, who has represented India, and sent an e-mail to the cricket body.

“At this moment, I am demoralised, depressed and under pressure. As from last some days, my team captain Mr Krunal Pandya is using abusing language to me in front of my teammates and also other state teams who have come for participation at Reliance Stadium Vadodara,” Hooda wrote in the letter to BCA, a copy of which is in possession of PTI.

“Today I was practising in nets and doing my preparation for tomorrow’s game with the permission of head coach Mr Prabhakar. Then Krunal came in nets (and) started misbehaving with me,” alleged Hooda.

Pandya has not yet reacted to the complaint.

Baroda are placed in Elite Group C and are playing their matches in Vadodara along with Gujarat, Maharashtra, Chhattisgarh, Himachal Pradesh and Uttarakhand. PTI NRB AH AH