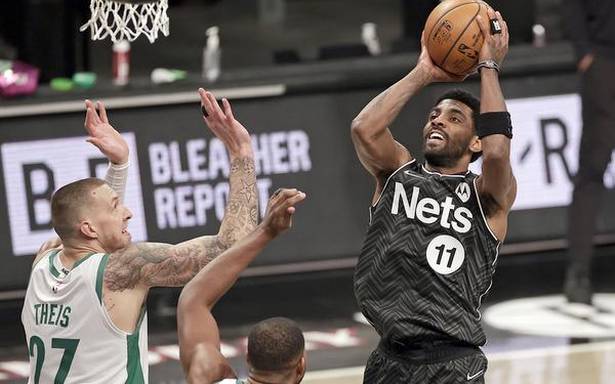 Kyrie Irving scored 40 points as Brooklyn Nets picked up where it left off before the All-Star break by beating the Boston Celtics 121-109 here on Thursday.

With Kevin Durant sitting out his 10th straight game with an injury and James Harden struggling early with turnovers, Irving seized control in the second quarter in front of a pandemic-limited crowd of 1,300 at Barclays Center.

Elsewhere, Giannis Antetokounmpo finished with 24 points, 10 rebounds and 10 assists to power the Milwaukee Bucks to a 134-101 rout of New York Knicks.