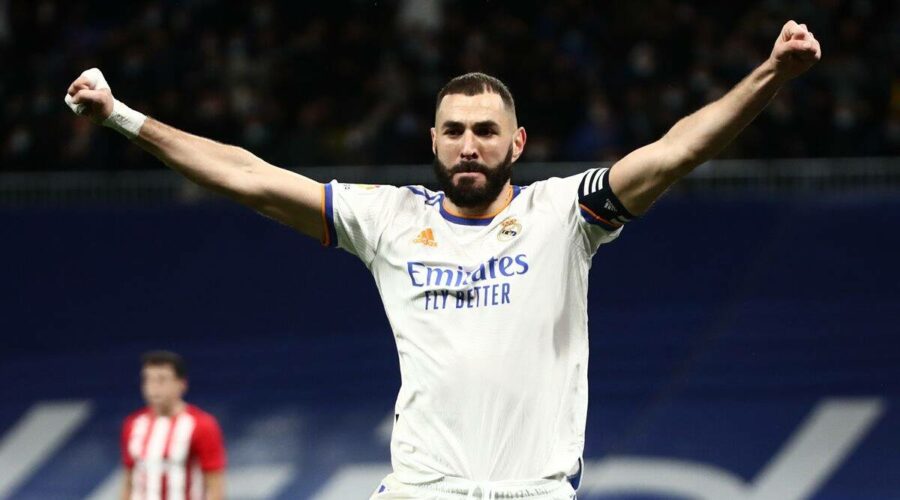 Benzema’s goal just before halftime took his league-leading tally to 12 in 14 games. Courtois did the rest by making several good saves to frustrate a Bilbao side that outplayed Madrid in the second half. 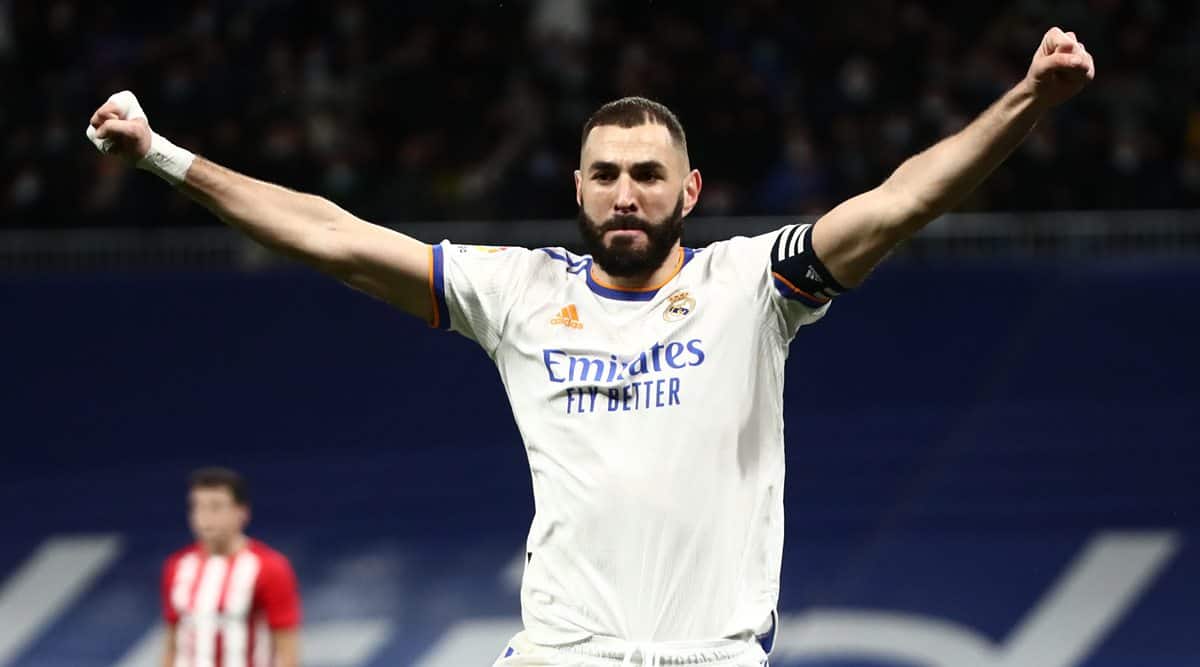 Relying on Karim Benzema’s feet and Thibaut Courtois’ hands, Real Madrid is back on course to winning titles in its second stint under veteran coach Carlo Ancelotti. Madrid’s 1-0 victory over Athletic Bilbao on Wednesday increased its lead of the Spanish league to seven points over defending champion Atlético Madrid and surprise chaser Real Sociedad.

On Saturday, Ancelotti’s side travels to San Sebastián with the mission of leaving Sociedad even further behind and adding to its streak of seven consecutive victories across all competitions.

“The fact that we’ve won seven games in a row doesn’t come down to luck,” Ancelotti said. “When we can’t use our quality in one area we can use another quality.”

Benzema’s goal just before halftime took his league-leading tally to 12 in 14 games. Courtois did the rest by making several good saves to frustrate a Bilbao side that outplayed Madrid in the second half.

“Courtois is playing out of his mind,” said Ancelotti, comparing him to other great goalies the Italian has coached in his long career.

“We’ve got Courtois and we should relish that,” Ancelotti said. “It’s difficult to say who is the best goalkeeper I’ve played with. I’ve got a list of great goalkeepers: (Iker) Casillas, Diego López, (Gianluigi) Buffon, (Manuel) Neuer and (Petr) Cech. Courtois is right up there at the moment.”

It was a mild surprise in June when Madrid president Florentino Pérez picked Ancelotti to replace Zinedine Zidane following the team’s first trophyless season in more than a decade. Pérez fired Ancelotti in 2015, a year after he led Madrid to its 10th European Cup. Since then he appeared to have fallen out of the European coaching elite with his last job being at Everton.

Despite an embarrassing home loss to Moldavian side Sheriff in the Champions League, Ancelotti has so far succeeded in getting Madrid back on track.

The visit to Sociedad will start an intense run of three games in eight days for Madrid. Madrid will host Inter Milan on Tuesday to determine which will advance as the winner of their Champions League group. The following weekend Atlético visits the Santiago Bernabéu in a Spanish capital derby that promises to prove important to the domestic title fight.

“It’s non-stop,” Courtois said, “and we’re going to try to get some rest as we look to keep on winning.”

Led by strikers Mikel Oyarzabal and Alexander Isak and a dynamic midfield featuring Mikel Merino, Sociedad was on a 13-game unbeaten streak until it fell at Espanyol 1-0 last weekend. In last season’s Copa del Rey, the Basque club ousted Madrid 4-3 at the Bernabéu in the quarterfinals en route to winning the tournament.

Facing a Sociedad side that likes to play with pace, Ancelotti may be tempted to start some more rested players after his midfield veterans of Luka Modric, Toni Kroos and Casemiro faded against Bilbao. That could give the little used Eden Hazard a chance to make a rare start.

“The team was tired towards the end,” Ancelotti said. “I have to take into account these things for the next match. I have to see if the players who showed signs of fatigue can play.”

The Spanish league’s other top teams are in action on Saturday before they face critical Champions League matches to conclude the group phase.

Atlético hosts Mallorca ahead of its visit to Porto. Diego Simeone’s side must win in Portugal and hope AC Milan doesn’t beat group winner Liverpool to reach the knockout rounds.

Fourth-placed Sevilla hosts Villarreal with both looking toward Europe. Sevilla must win at Salzburg to move on. Villarreal will play Atalanta needing a draw to advance.

Seventh-placed Barcelona also hosts fifth-placed Real Betis. Xavi Hernández’s team will then travel to Bayern Munich needing a win to ensure its place in the round of 16. If it loses, Barcelona would need Benfica to not beat Dynamo Kyiv to avoid elimination.

12/02/2021 Sport Comments Off on Back in Spain, Carlo Ancelotti has Real Madrid back on the title track
India