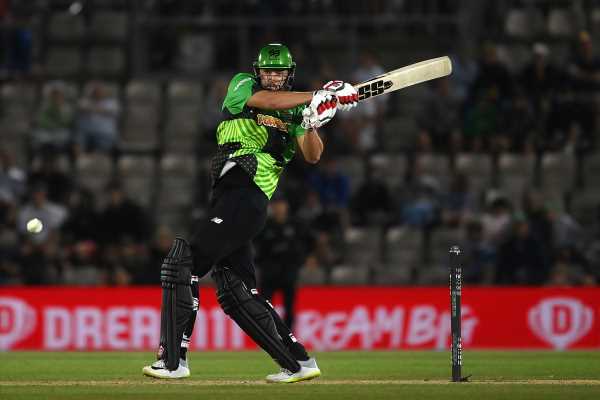 Tim David was bought by Mumbai Indians for Rs 8.25 crore in the IPL auction in 2022.

T20 specialist David, who was raised in Western Australia, burst into the spotlight in the Pakistan Super League last season and has become hot property as a finishing batsman in global leagues.

“Tim continues to establish himself with some quality performances in leagues around the world, earning a place in the squad,” selector George Bailey said.

“He is a highly gifted, natural ball-striker who will add extra batting depth to the group which has had a lot of success in T20 cricket.”

David, who was bought by Mumbai Indians for Rs 8.25 crore in the Indian Premier League auction in 2022, is the only notable inclusion in the squad for Australia’s World Cup defence on home soil, starting in October.

“Mitchell Swepson was unlucky to miss out based on conditions in the UAE at the last World Cup where we planned for tired, spinning wickets compared to what we would expect are good batting conditions along with the larger grounds in Australia,” added Bailey.

The Aaron Finch-captained squad will travel to India for three T20 Internationals in September before returning home to play the West Indies, England and India leading into the World Cup.

Key batsman David Warner will miss the Indian tour as part of a “managed period of preparation”, Cricket Australia said, while Cameron Green will join the squad for the Indian T20 Series.