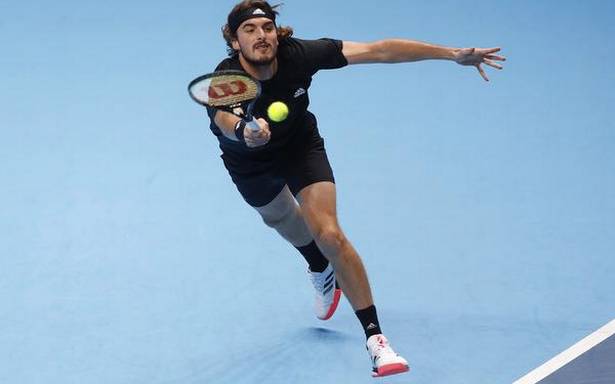 Tsitsipas saves a match-point before subduing Rublev to remain in contention; Thiem assured of a semifinal spot

Germany’s Alexander Zverev stayed in contention at the ATP Finals as he beat Diego Schwartzman 6-3, 4-6, 6-3 in his second round-robin match on Wednesday.

The 23-year-old World No. 7 knew his hopes of reaching the semifinals would be as good as over if he suffered a second loss, having been beaten by Daniil Medvedev on Monday.

Just as he had done against favourite Novak Djokovic on Monday, Schwartzman got an early break of serve only to fall away in disappointing fashion as the 2018 champion Zverev broke back twice to take the opening set.

Zverev looked on course for a comfortable win as he led 3-1 in the second set but appeared to lose focus.

Schwartzman grabbed his chance to win five of the next six games and extend the match into a decider which the German dominated.

The sixth seed’s win ensured that Dominic Thiem, who had ovecome Rafael Nadal earlier in the day, became the first player to qualify for the semifinals.

Tsitsipas saved a match point in the final set tie-break against Rublev before the Greek sealed his first win of the week and eliminated his opponent.