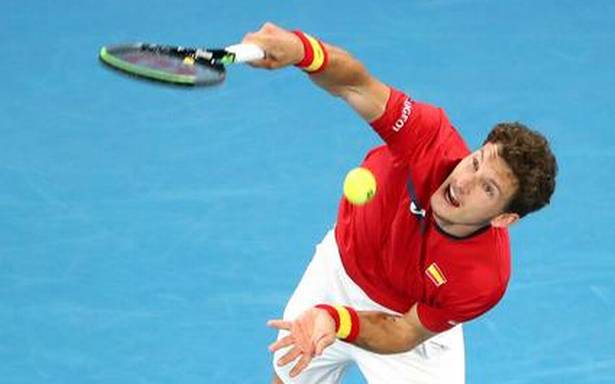 Zverev does it in doubles after losing to Djokovic; Spain also makes last four

Alexander Zverev shrugged off a tight loss to Novak Djokovic to end Serbia’s ATP Cup title defence with victory in the doubles as Germany advanced to the semifinals of the team-based event here on Friday. Germany will meet Russia in the last four, with Spain to take on Italy.

“I was quite frustrated with how the singles ended in a way,” Zverev said on court. “Still got to give myself some time.

“We played well, both of us,” he added of his doubles match with Struff, who beat Dusan Lajovic 3-6 6-3 6-4 in the opening singles rubber.

Djokovic’s 11-match winning streak in the team tournament was broken, and he will have no more match practice before his Australian Open title defence.

“I am upset that we lost, that’s all I can say, I’m not thinking about the Australian Open or anything else,” said Djokovic.

With Rafael Nadal still sidelined with a back problem, Pablo Carrena Busta guided a depleted Spain into the last four by claiming a 6-3, 6-4 win against Greece’s Michail Pervolarakis at John Cain Arena.

Though eliminated, Greece ended up winning the tie 2-1, with Stefanos Tsitsipas easing past Roberto Bautista Agut 7-5 7-5.