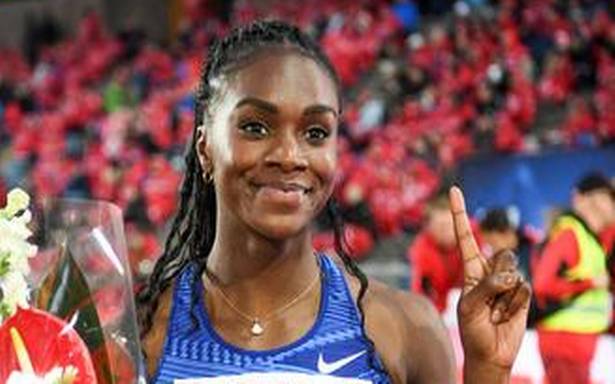 Dina Asher-Smith underlined her world title ambitions on Thursday by posting the year’s fastest time as she cruised to victory in the 200m at the Stockholm Diamond League.

The British sprinter pulled away from 2016 double Olympic sprint champion Elaine Thompson to finish in 22.18s, with the Jamaican trailing in her wake with 22.66 and former world champion Dafne Schippers way back in third in 22.78.

Earlier, American Ajee Wilson took the 800m in the absence of Caster Semenya, who could not compete in the event due to new rules that would force her and other hyperandrogenic athletes to take medication to lower their testosterone levels.

US one-lap sensation Michael Norman won the 400m in 44.53s, a second slower than his fastest time in the world this year.

Kenya’s Agnes Jebet Tirop also set a year’s fastest time as she claimed victory in the women’s 5,000m in 14:50.82, while Timothy Cheruiyot saw off Norway’s Jakob Ingebrigtsen, double gold medallist at last year’s European Championships, in the 1,500m with a time of 3:35.79.