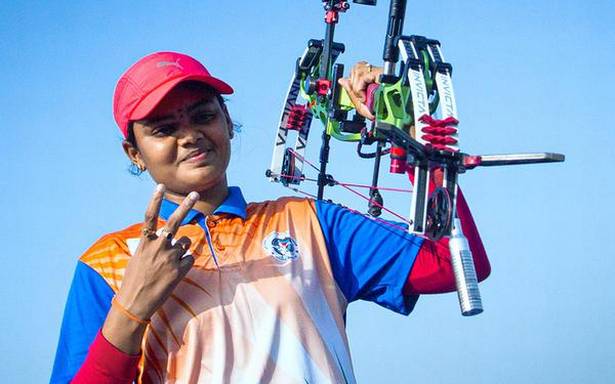 Jyothi Surekha, who is taking part in the NTPC National-ranking archery championship at the Gachibowli Stadium here, said it was important to perform well in 2022.

She felt that there was no better way to start the season than by competing in the compound category here on Sunday.

“This is my first competition after almost two months. I was keen to get a feel of competition again,” Surekha told The Hindu on Saturday.

“With the specific objective of winning an Asian Games gold this year, I feel it is imperative to take part in as many events as possible though the pandemic threat looms large,” said the archer, who has won a silver and a bronze in the women’s teams events in the Asiad.

“For us, the next major event is the World Cup Stage I in Turkey this April. It will be followed by events in Korea, Paris and Columbia.

“We also have the World Games in the USA in July and then the Asian Games,” said Surekha about the hectic schedule ahead.

“I am pretty impressed with a lot of young talent in this championship and I am sure many of them will go places with exposure and training,” Surekha said.

About what has kept her going in the international circuit for 10 years, she said: The intense desire to win medals for the country is the biggest motivation. Like for many athletes, there is no better joy than to bring laurels to the country,” said Surekha.

Asked if she has been disappointed with anything, Surekha said: “I have no regrets at all. I take things as they come and I am really happy with what I have been able to achieve so far.”