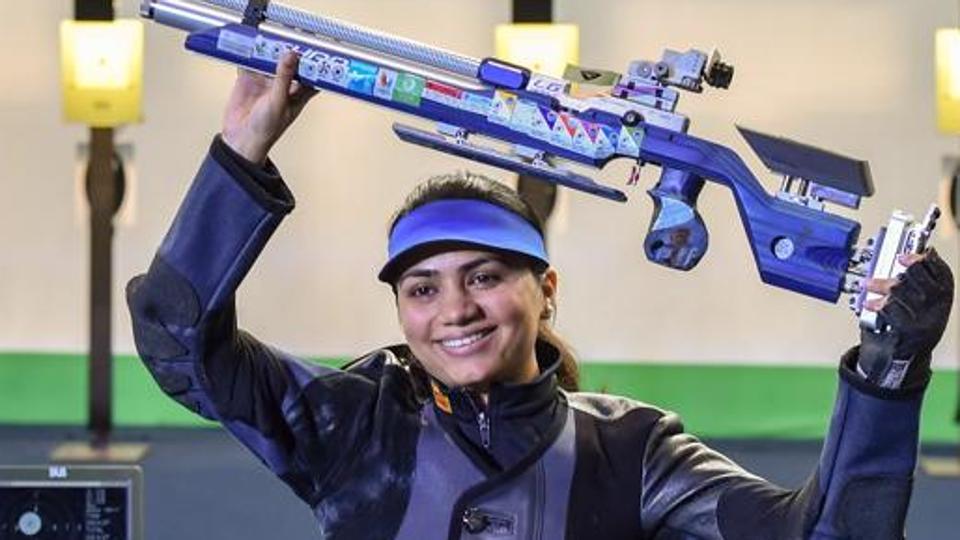 It was a neck-and-neck battle between Apurvi and Wang, where the Indian was just 0.1 ahead as she shot a 10.4 to Wang’s 10.3 to clinch the issue.

This was Apurvi’s second ISSF World Cup gold of the year followed by a world record score in New Delhi in February.

In the second Beijing leg she had finished just outside the medal bracket — at fourth place. This was also Apurvi’s career’s fourth ISSF medal.

Another Indian in the fray today, Elavenil Valarivan also made it to the finals along with teammate Apurvi but narrowly missed out on a medal, finishing fourth. She lost to eventual bronze medallist Xu Hong of China by just 0.1 points.

Earlier, all three Indians in the 149-strong qualifying field had a solid start with Apurvi and Elavenil taking the top two spots with scores of 633 and 632.7 after 60-shots each.

Indians had a good day at other events as well. After the first round of qualifying in the women’s 25m Pistol, Asian Games champion Rahi Sarnobat stood in second position with a score of 294.

A good rapid fire round on Monday and she can fancy her chances of winning a medal as well as an Olympic quota.

The two Tokyo 2020 Olympic quotas available on the day went to Laura-Georgeta Coman of Romania and 16-year old Hungarian Eszter Meszaros, who finished 5th and 6th respectively in the women’s 10m air rifle, given the top four consisting of two Indians and two Chinese were not eligible.

As a result they forfeited their right to quotas in the women’s air rifle and men’s 10m air pistol competitions, given they have already secured the maximum possible two quotas in these events.

India’s other quota is in the men’s 10m air rifle and thus the shooters would be eligible for only one quota.

Monday will witness three finals with six Tokyo quota places up for grabs.