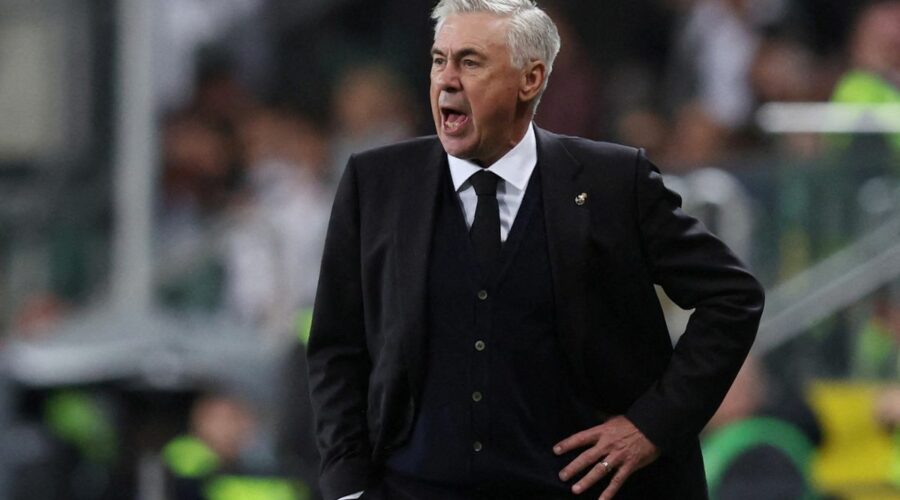 Real Madrid manager Carlo Ancelotti said he plans to keep things simple as he prepares his side ahead of their match at home with Barcelona in the ‘El Clasico’ tie on Sunday.

The Italian said he would avoid big changes to his team this time, after he tested midfielder Luka Modric up front in place of then-injured striker Karim Benzema in the last El Clasico in March, only to get hammered 4-0 by the Catalans.

“I’m not going to reinvent the wheel, you can count on that. In the last game, I tried to play the inventor but they gave me a beating. So, I don’t expect we will be doing anything out of the ordinary on Sunday. We will play like we usually do. They are a great rival and we need to be at the top of our game,” Ancelotti told a news conference on Saturday with a wry smile.

Ancelotti said, goalkeeper Thibaut Courtois will miss the game due to a lack of practice as he gets over the back injury, that led him to miss the last four matches.

“He has recovered, and that is great for us. But he needs more practice to get back to peak form. We won’t rush him until he is ready,” said the Real boss.

But he confirmed that defender Antonio Rudiger, who had 20 stitches in his forehead after clattering into Shakhtar Donetsk’s goalkeeper in their Champions League match on Tuesday, will be available.

“He will need a protective face mask but is clear to play. Rudiger is a warrior and when you look at him, he is so excited and looking forward to Sunday’s game,” Ancelotti said.

The Real boss said Barcelona’s disappointing Champions League performances would not be a factor. Barca have only won one of their four Champions League games and are on the verge of elimination from Europe’s elite competition at the group stage, for the second straight season.

“Barcelona have won all their LaLiga games except for their debut. They have had problems in the Champions League, but it’s a different competition with a different outlook. In La Liga, they have been extraordinary,” Ancelotti explained.

“We are going to enjoy ourselves, we want to win. But there is still a long way to go,”