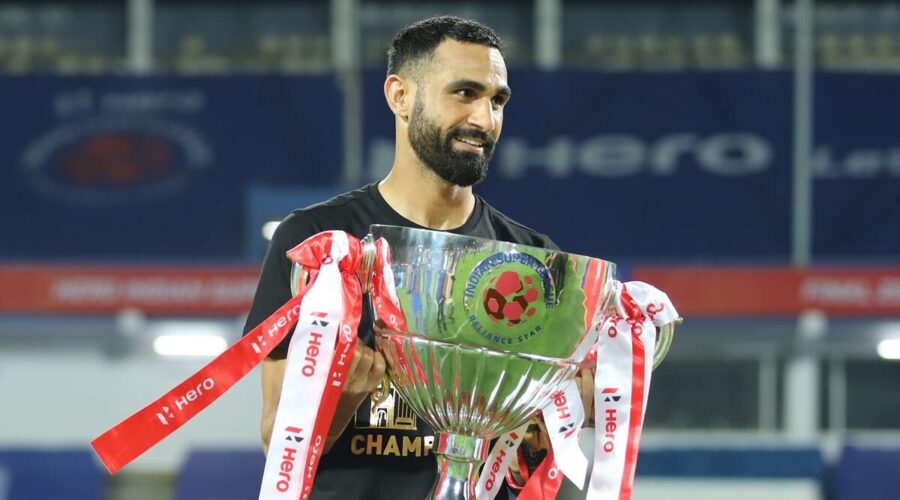 Amrinder Singh, who joined the club in September 2016 initially on loan from Bengaluru FC, made 84 appearances for Mumbai City FC. Reigning ISL champions Mumbai City FC have confirmed that goalkeeper Amrinder Singh will leave the franchise after his contract ends on Monday, bringing to an end an association of five seasons.

Amrinder, who joined the club on September 7, 2016 initially on loan from Bengaluru FC, made his debut against FC Goa later in the year in November.

The Mahilpur-born Amrinder, who has also captained the franchise, had penned a three-year extension with the club in March 2018.

On January 4, 2020, Amrinder created history by becoming the highest capped player in Mumbai City when he led the Islanders out against ATK, bettering the record set by Lucian Goian.

Amrinder made 84 appearances for Mumbai City FC and the last one was the 2020-21 ISL final against ATK Mohun Bagan.

According to Amrinder, he came to the club as a boy and now leaves as a man.

“I have learnt so much about football and about life in my time at Mumbai City. I have had the privilege of working with some of the best players, the best coaches, and staff here,” Amrinder was quoted as saying in the release.

“This club is my family and it’s always tough to say goodbye to family. But I am proud that I can leave this family as a champion, winning our first ever trophies, and I will always hold Mumbai City close to my heart,” he added.

Head coach Sergio Lobera said, “Amrinder’s influence both on and off the pitch was immense and his role in our incredibly successful last season cannot be understated.”