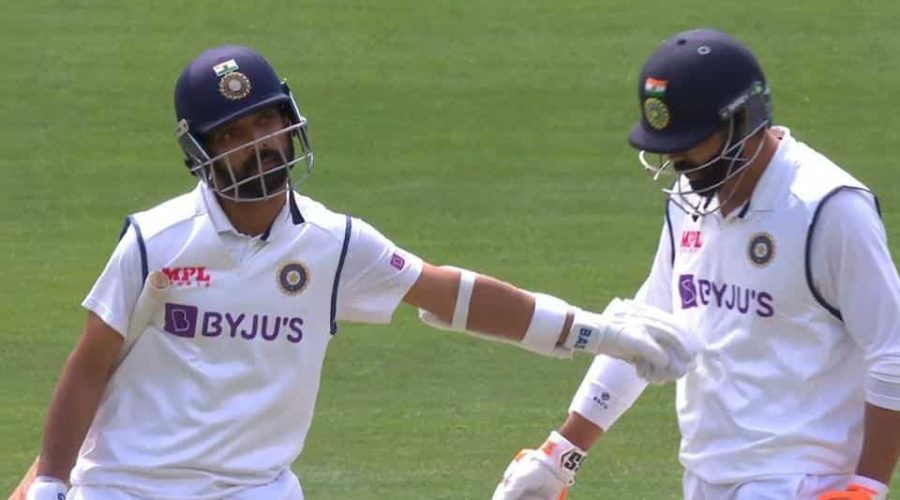 Ajinkya Rahane seems to be in a great mental space. Even a run out without much fault of his early on Day 3 in he 2nd Test match against Australia did not get the worst out of Rahane. In fact, his gesture of egging Ravindra Jadeja to carry on and get a big one before walking towards the pavilion impressed fans so much that Twitter was flooded with praises of the India stand-in captain.

Resuming the day on 104, Rahane started well and looked to be in fine touch before a run out against the run of play cut his innings short. Jadeja was batting on 49 when he defended a delivery from Nathan Lyon towards the off side. The anxiety of getting to his fifty quickly perhaps forced Jadeja to just take off for that single. But to be fair to the left-hander, Rahane, the non-striker, did not send him back.

For the large part during the course of the run, Rahane looked in no danger of being short of his crease. Even the Australia skipper Tim Paine did not look confident while dislodging the bails but replays showed that Rahane’s bat was on the line and he was given out for 112.

But what happened after that caught the imagination of Twitter users. As soon as ‘OUT’ in bold letters was flashed on the giant screen, the first thing Rahane did was to tap Jadeja and tell him to carry on and get a big one before starting his walk back towards the pavilion.

Rahane’s gesture impressed the fans and they took to Twitter to express their admiration for Rahane, who is captaining India as regular Virat Kohli has flown back home for the birth of his first child.

Interestingly, Rahane was trolled a lot on various social media platforms after he was involved in the run out of Virat Kohli in the first Test in Adelaide, which many believed was the turning point of the Test match.

Rahane had in fact revealed that he had apologised to Kohli after the day’s play and everything was alright.

“It was a tough one. We were going really going well at that time. After the day’s play, I went up to him and said sorry and he was all okay. Such things happen cricket, we got to move on,” Rahane had said before the start of the Boxing Day Test.

India meanwhile are in a good position as their lead crossed the hundred mark on Day 3 in the second Test match.