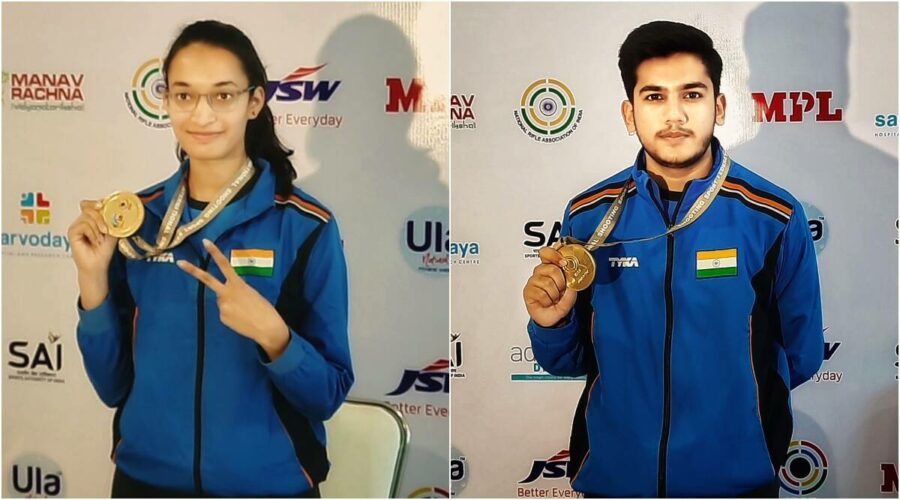 Chinki Yadav and Aishwary Tomar — both hailing from Madhya Pradesh — overcame bouts of anxiety and battled pressure in a way that belied their age to boost their Tokyo chances. 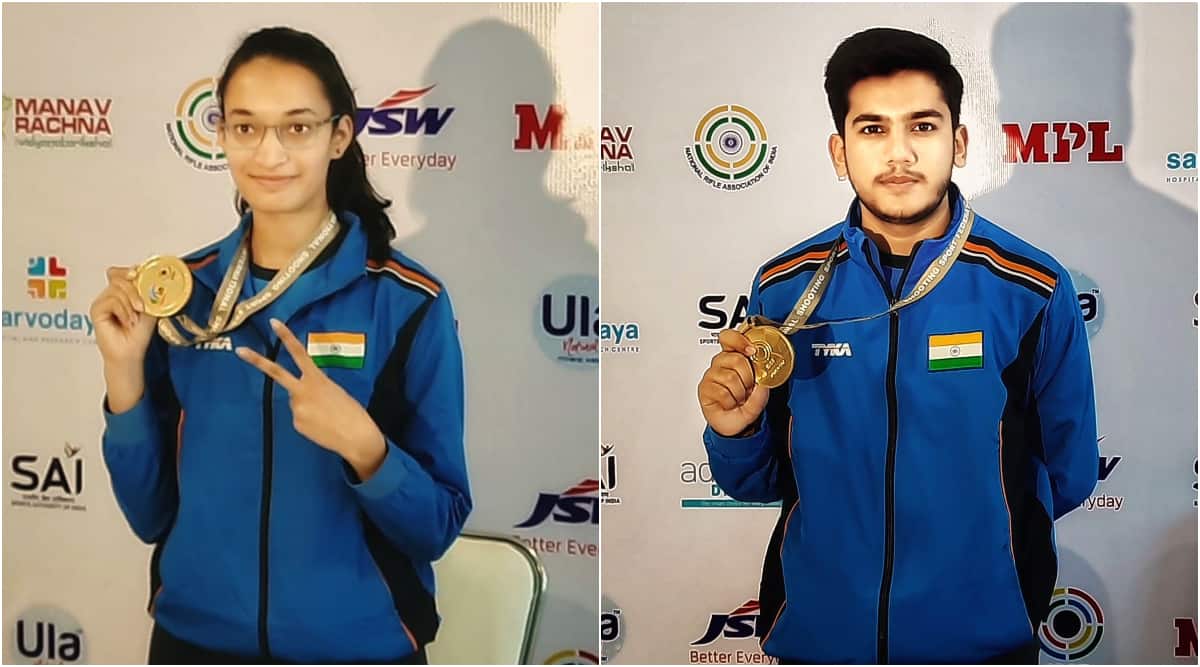 “I had this vomiting sensation,” he says in a muffled tone.

A few hours later, Tomar’s teammate, Chinki Yadav, was sweating profusely and could feel her body vibrate as she got into position in the women’s 25m pistol final.

“We feel pressure in each tournament but it is more when we are hoping for something or fighting a lot to achieve something,” she says.

That ‘something’ is an Olympic berth. Both Tomar and Yadav had won a quota each for India in the 50m rifle 3-position and 25m pistol events respectively for the Tokyo Games. At the New Delhi World Cup, this was their chance to seal their place in the team.

Tomar, 20, and 23-year-old Yadav – both products of the Madhya Pradesh Shooting Academy – overcame bouts of anxiety and battled pressure in a way that belied their age to boost their Tokyo chances.

More so in Yadav’s case. The pistol shooter, along with the seasoned Rahi Sarnobat, had won India’s two Olympic quotas in the 25m pistol event. There are, however, three shooters battling for the two positions with 19-year-old Manu Bhaker also in the fray.

Bhaker’s achievements in this event have been modest – the 10m air pistol is her pet event. Yet, the National Rifle Association of India’s (NRAI) hesitancy to name the team for the Olympics has given rise to several murmurs within the group, one of which was the possibility of Bhaker – who won a quota in the air pistol event – getting the nod at Yadav’s expense.

And so at the New Delhi World Cup it was a winner-takes-all situation for Yadav. And she competed like that.

“There are thousands of thoughts that cross your mind in a few microseconds,” she says.

“I was under a lot of pressure. I think about Olympic selection sometimes. But I then thought, jo hoga dekha jaega (what has to happen will happen). I will just give my best.”

She did. Yadav defeated Sarnobat in a close shoot-off to clinch the gold. Sarnobat, who underwent surgery on her right leg on March 5, shot remarkably to climb from the bottom position at the start of the final and win the silver medal.

Bhaker won the bronze to ensure three Indians stood on the podium and established the hierarchy in this event as far as the Tokyo team selection goes. Asked if it would be tough for the NRAI to remove her from the Olympic team following this performance, Yadav laughed before saying, “Maybe you are right.”

For Tomar, the fight for a place in the team for the Games isn’t as intense as Yadav. His motivation was to emerge from the shadows of veteran 3-position specialist Sanjeev Rajput, who also won an Olympics quota.

The 3-position event tests every ability and skill of a rifle shooter. It is held over three rounds, where shooters have to aim at a target placed 50m away in three positions – kneeling, prone and standing. And since it is an outdoor event, the weather plays a crucial role.

For the qualifying round on Tuesday, the conditions were unforgiving. The heavy winds changed directions each minute amidst scattered showers. And the shooters’ pellets sprayed all over as the target became all the more difficult to hit. It brought down scores from the entire field.

“Probably the second-worst conditions I have shot in,” offers Hungarian Istavan Peni, the World No 1 in 10m air rifle.

Tomar qualified in fifth place with a score of 1165, seven points behind Rajput who topped the qualifying with 1172 points.

“He didn’t say a single thing about the wind yesterday. That was a positive,” rifle coach Suma Shirur recalls. “He generally shoots well in the finals. He thrives under pressure.”

In his first World Cup final, Tomar gave a glimpse of his abilities, racing into the lead after the first round – kneeling position – staying in medal contention after the second round – prone, a position he considers his weakest, and then launching a final assault in the standing position, never allowing his more experienced opponents to overtake him.

With the results in the bag, team selection news may not be too far. NRAI president Raninder Singh said the suspense around the team would end next week when the selection committee meets to finalise the team.

“We had to take current form into consideration because you are competing after one year. It’s pretty clear who will get in,” Raninder offers, hinting that most shooters who won the quota will get selected.

The shooters, meanwhile, have already started looking forward to Tokyo. Tomar, who started the day feeling sick with nervousness, posed with the volunteers who queued up for selfies.

“Today’s win has filled me with confidence,” he says. “I am dreaming about the Olympics now.”