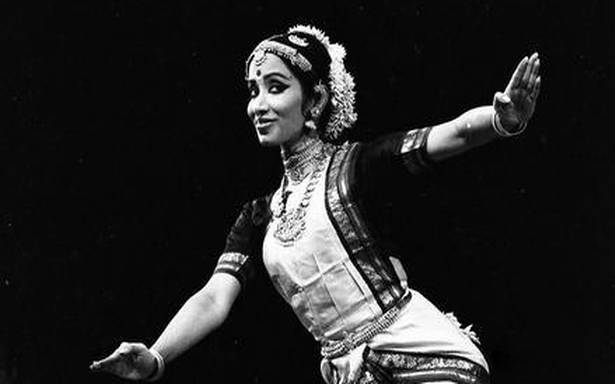 I have often spoken of dance as a prayer with my entire being. In my teens, I heard the legendary dancer T. Balasaraswati say to her daughter Lakshmi, “Dance is the link between you and your maker…. unakkum avanukkum ulla thodarbu.” It is in Chidambaram that I had my most intense and real experience of the link that Balamma spoke of — this prayer with my entire being.

My deep connection to Chidambaram and the Thillai Nataraja temple goes back to my childhood and the annual pilgrimages that my extended joint family would make to Chidambaram during Margazhi Tiruvaadirai and Shivaratri. These were high points in my life, for ever since I can remember. Even before I began studying dance at the age of six, the Nataraja temple held a special fascination and magic for me.

In that quieter and more mellow era when the great temples of the South were not as packed with pilgrims and tourists as they are today, I would wander around the vast temple complex and pillared halls with my mother, entranced by the sculptures, particularly the karanas, sometimes laboriously trying to twist my body into those poses and falling over, to be chided by my mother. A profound scholar and fine raconteur, passionate about history, the arts and literature, she was the perfect temple guide.

Stories from the Periya Puranam would come alive in her narration. My imagination was quickened and enriched by her vivid narratives of the myths and legends surrounding the temple — of sages Patanjali and Vyaghrapada in the forests of Thillai and the Ananda Tandava of Shiva, of the serpent coiled around Lord Shiva’s neck, and the vanquished tiger, elephant and demon. These stories were etched in my heart and mind and, mingled with impressions of light and shade in vast halls, of dance captured in stone and above all, the golden dancing god, they lingered as iridescent images that to this day inspire and colour my understanding of dance and my feelings about Chidambaram. I little dreamt then that some 20 years later I would myself dance in that hallowed space.

Forty years ago when the Natyanjali Festival was first convened thanks to enlightened thinkers and organisers, there was exhilaration among the dance community. To be permitted to perform within the Chidambaram temple precinct after nearly half a century was momentous. In fact, that first year, the stage was erected against the backdrop of the Thousand Pillared Hall. I was one of the dancers invited to participate. Even in its infancy, the Natyanjali Festival drew a huge crowd from the town and surrounding villages. But for me, the greatest boon was when I was told that the next morning I could dance in front of the Nataraja sannidhi.

The space allocated for the dance was the Chitrakoota mandapam directly facing the sanctum sanctorum, with Lord Govindaraja Vishnu to the left. The song I had chosen was Gopalakrishna Bharathi’s ‘Enneramum undhan sannidhiyil’, which I had learnt from my music guru T. Muktha. In Nandanar’s plea to Lord Nataraja, “Lord, let me remain in your sanctum always,” is crystallised a world of longing — the existential hunger of the devotee for the divine.

When I began the song, the curtains across the sanctum were drawn, as the deity was being adorned for worship. Suddenly the tirai was flung open and Lord Nataraja was revealed in his golden effulgence, lit by the glow of the camphor deeparadhanai. The priests began their chants; the bells began to ring; hands were raised in worship. Om Namah Shivaya… the chants reverberated around me. At some point, everything seemed to dissolve — the ardour of the devotees, pealing of bells, chanting of mantras, lyrics, notes, dance movements — all merged into an experience I cannot describe. I only know that for some brief moments I ceased to be aware of myself and my surroundings. And when I came to myself again, my cheeks were wet with tears. The bells had fallen silent; the curtains of the shrine were again closed. The strange thing was that I had obviously continued dancing right through this experience without missing a beat. Only, I hadn’t been aware of it.

Those epiphanic, transforming moments powerfully reaffirmed for me the fact that our dance is not merely a vehicle for self-expression, but also undoubtedly an instrument for knowing the self, accessing the divine. The iconography of Nataraja reminds us that the sacred also lies in a celebration of the body and that the Supreme can be accessed in terms of joy or Ananda.

In our puja alcove there is a panchaloka Nataraja, originally commissioned by my aunt from a master stapati, which graced the stage of the Museum Theatre on the day of my arangetram. Every day, as I stand before him I am suffused with wonder. What tremendous minds, what incandescent vision could have envisaged such matchless perfection and beauty — a beauty that mere words cannot capture, unless perhaps it is in the verses of mystics like Appar or Gnyanasambandar. The dance of Lord Shiva as Nrittamurti has inspired artists and astronomers, writers and philosophers, poets and scientists alike. For it is an exquisite symbol of the rhythms and music of the universe.

The writer is a well-known Bharatanatyam dancer.