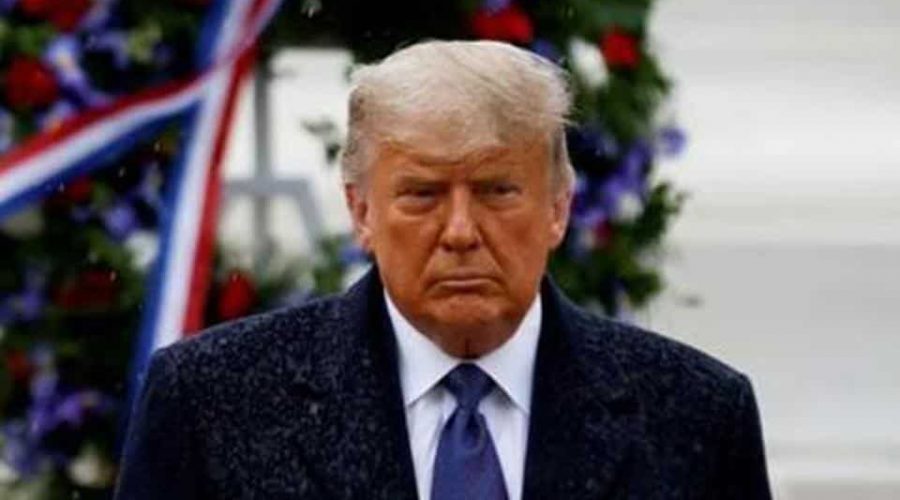 President Donald Trump’s campaign filed notice that it was appealing the dismissal of a federal lawsuit that aimed to block Pennsylvania from certifying its election results unless the state invalidated tens of thousands of mail-in ballots.

The campaign’s filing on Sunday, with the US Court of Appeals for the Third Circuit in Philadelphia, had been expected.

Trump attorney Rudy Giuliani has said the case should be decided by the US Supreme Court, which has a 6-3 conservative majority. The move is unlikely to stop Pennsylvania from certifying President-elect Joe Biden’s victory in the state as soon as Monday. Trump has said his goal is to “decertify” the state’s results one way or another.

On Saturday, US District Judge Matthew Brann in Williamsport, Pennsylvania, didn’t mince words in his dismissal of the case. He compared the lawsuit to “Frankenstein’s monster” because it had been “haphazardly stitched together” and lacked evidence.

“In the United States of America, this cannot justify the disenfranchisement of a single voter, let alone all the voters of its sixth most populated state,” wrote Brann, known as a conservative Republican.

The dismissal of the Pennsylvania case was the highest-profile courtroom defeat for Trump since the Nov. 3 election. Suits filed by the campaign and its GOP allies have failed in Michigan, Georgia, Nevada and Arizona as judges declined to toss out millions of votes based on claims tied to a vast and implausible conspiracy theory about corrupt Democratic election workers.

Giuliani personally argued against Pennsylvania’s motion to dismiss before Brann on Tuesday. The former New York City mayor accused Democrats of working together in swing states, especially in urban areas, to steal the election from Trump through a variety of methods, including allowing voters to fix errors on their mail-in ballots and “secretly” tallying votes without proper oversight by campaign observers who were kept too far away.

In its legal filings, the campaign made a narrower case, arguing that voters in Republican-leaning counties were denied equal protection under the US Constitution because Democratic-leaning counties were more permissive in allowing voters to “cure” ballot defects. The campaign sought to have at least an estimated 70,000 mail-in ballots discarded as improperly cured.

Brann ruled both that the Trump campaign lacked standing to sue, and that it had not raised a valid equal-protection claim since Pennsylvania counties were not prohibited under state law from letting voters fix minor ballot errors.

“It’s dangerous and damaging theater because it undermines the confidence of millions of people in our electoral system and legal system” for the president to be “bouncing in and out of court making outlandish claims,” he said.

Tribe also said he doesn’t believes the Supreme Court would overturn Brann’s decision, even if it were to agree to hear the case.

The campaign’s appeal will be randomly assigned to a panel of three of the Third Circuit’s 14 judges, eight of which were appointed by Republican presidents, including three by Trump; six were appointed by Democrats.

Trump has remained defiant even as he faces increasing pressure from members of his own party to concede defeat in the US election Biden won by 6 million ballots. Giuliani and other Trump lawyers have said there are multiple “paths to victory,” including outside the court system. GOP state lawmakers are also being pressured to ignore the popular vote and assign their electors to Trump when the Electoral College meets on Dec. 14.

Chris Christie, the former New Jersey Republican governor and typically a Trump ally, said Sunday that the conduct of the president’s legal team had been “outrageous” and a “national embarrassment.”