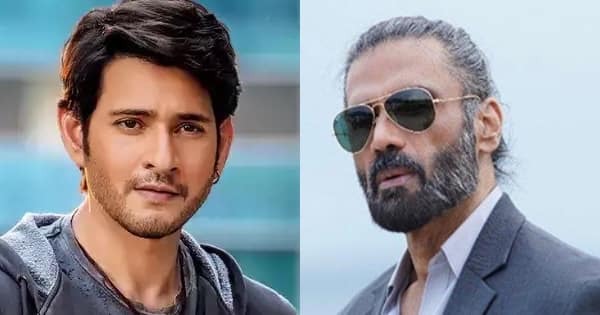 Among the biggest newsmakers from the South, Mahesh Babu’s film Sarkaru Vaari Paata remained to be the biggest noisemaker. The film made it to the theatres this morning and social media is abuzz with the reviews. Amidst this, the film has also been hit by piracy. Apart from this, Mahesh Babu also remained in the headlines because of his comment on Bollywood. Suniel Shetty reacted to Mahesh Babu’s ‘Bollywood cannot afford me’ remark. Without any further ado, here are top updates from South.

Mahesh Babu’s latest release, Sarkaru Vaari Paata, has been hit by piracy within a few hours of its release. As per reports, the film is available to download in HD quality on Tamilrockers, Movierulz and more. Piracy is indeed becoming a big threat to films across industries.

Chiranjeevi to return money to distributors?

If the latest reports are anything to go by, Chiranjeevi and son Ram Charan are contemplating to return some money to distributors who suffered loses due to their latest release Acharya. This comes after a few distributors wrote an open letter to Chiranjeevi about the loses.

Mahesh Babu created quite a stir after he said that he does not want to waste time doing Hindi films. Over this, Suniel Shetty spoke about the debate over South vs Bollywood. At an event, the actor said, “I think the Bollywood vs south industry scene has been created on social media. We are Indians and if we look at the OTT platform, language does not matter there, content does matter. Similarly, this is the difference between Bollywood vs. South industry. I also come from the South, but my Karmabhoomi is Mumbai, so I am called a Mumbaikar.”

If the latest reports are anything to go by, director Prashanth Neel has decided to bring about a change in a few scenes of Prabhas’ film Salaar. Reportedly, he has brought about changes in 2 action sequences in order to make them look more powerful and impactful. This seems to be triggered by the super success of KGF 2.

After the stupendous success of his film, it seems Yash is now dedicating his time to his kids. Recently he shared a video on his Instagram account that showed him having some fun time with his two kids.

Watch this space for more updates from the world of showbiz.