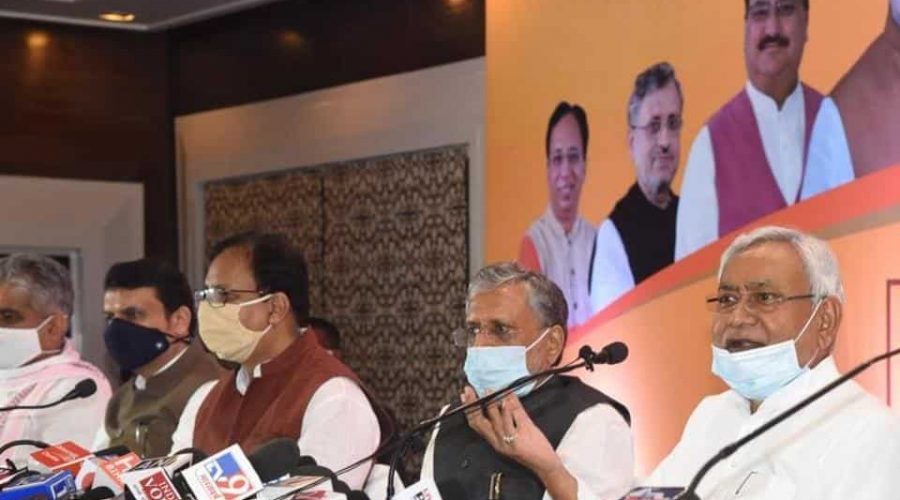 Over the next few days, the Bharatiya Janata Party’s digital wing will release a collection of songs titled ‘ee-ba’ (this is what) to counter the opposition and the electorate’s questions on what has been the accomplishment of the Nitish Kumar government in Bihar, said a person aware of the details. The BJP and Nitish Kumar’s Janata Dal (United) are part of the National Democratic Alliance.

Sticking to its tradition of bolstering its election campaigns with catchy tunes and easy lyrics, the party is all set to reach out to the electorate with its achievements in Bihar through a bunch of songs in multiple languages and dialects spoken through the state.

The songs, which will be themed around the achievements of the government, such as a multi-specialty hospital in one city or a bridge construction in another, will be released by the first phase of election on October 28.

“Through the songs in Bihari languages such as Maithili and Bhojpuri, we will tell the people ee-baa or this is what has been done,” said the person aware of the details.

In September, actor Manoj Bajpayee and filmmaker Anubhav Sinha’s Bhojpuri rap number on migrant workers, ‘Bambai Main Ka Ba’ (what is in Mumbai) was seen as a commentary about the lives of the migrant workers forced to travel outside their native state in search of livelihood and a better life.

Though the number did not specifically mention Bihar, it was perceived to be a comment about the state’s crumbling infrastructure, the lack of amenities and avenues for livelihood.

“The party will counter this fake narrative of the opposition as well as create awareness about the progress that has been made through outreach programmes which includes songs; including one by popular actor Nirahua,” the person quoted above said.

Apart from songs, that have an easy reach, the party is also putting in place a schedule for rallies that will take place in the state after the Union home ministry relaxed the rules for public gathering in the election-bound state.

The party cadre is also pulling out all the stops to ensure that they cover all 8,000 panchayats in the state. “At a meeting of the party high command it was decided that BJP state functionaries will cover at least 1500 panchayats for canvassing; so far 3,000 have already been covered and we are hopeful of covering all 8,000,” said a state level functionary.