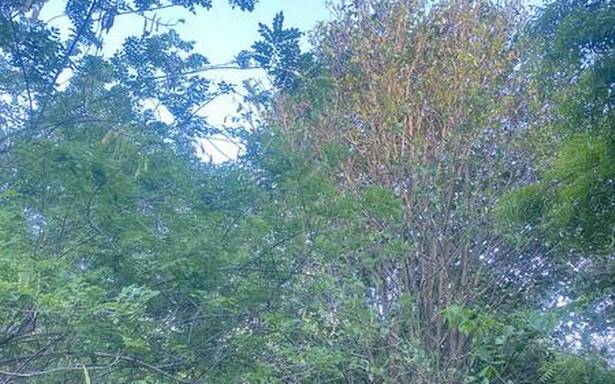 As Sadhana Forest in Auroville turns 18, founders Aviram and Yorit Rozin explain how a team of volunteers worked together to turn a lunar landscape into a lush, tropical community

“It began with the process of thinking about our lifestyle: How we live, how we raise our children, what we eat…,” says Aviram Rozin. He is talking about the Sadhana Forest in Auroville, which he has been developing along with his wife, Yorit Rozin for 18 years. Spread over 70 acres, the forest attracts over 1,000 volunteers annually from across the globe; they come not only to help maintain it but also to learn to live a life that causes the least damage to the Earth.

Aviram and Yorit are both from Israel and were in their 30s when they arrived at Auroville, a multi-cultural confluence founded in 1968. People from across the globe congregate here to live in the spirit of universal brotherhood, forming communes that work on diverse projects.

“Eighteen years ago we embarked on this novel idea of reforestation. The land in 2003 was dry and white from a mixture of clay and pebbles. We did not require a torch in the night,” recalls Aviram, explaining that it reflected light even in the dark. “There were no animals. When it rained the water drained away quickly and left no puddles behind. It was a lunar landscape.”

The duo consulted various units at Auroville and began to plant species that belonged to the native Tropical Dry Evergreen Forest (TDEF). They also undertook water conservation by building on-contour swales, earth dams, check dams and gabions. Yorit recalls how a green canopy slowly grew over the heads and filled the air with the aroma of a humid tropical forest.

“It’s not linear growth. For years it looked as if nothing was happening and then, boom, it was there,” she says, recalling their seven-year wait. Bird and animal sounds became frequent and the temperature too began to drop. She adds, “There is a perceptible difference in temperature because of a totally different environment inside the forest.”

The animals and birds gave them a sense of a growing community. More than 100 species of birds fill the space. Of these the Painted Stork is near threatened and the Black-Crowned Night Heron’s population is decreasing. There are porcupines, monitor lizards, snakes, civets and other animals.

Along with the growing number of inhabitants, the volunteers also began to increase. Aviram describes it as “a community of people living together, eating vegan food, doing reforestation, living in huts, and open to the local people besides volunteers.” Their first volunteer arrived four days after they began reforestation. The forest became a training centre for the community. Learning happened not through workshops or classes but by hands-on seva (service). Activities included working in the forest afforestation is still ongoing) and organising housekeeping for a large community. The minimum stay at the forest is five days.

As the number of volunteers increased, a main hut was built using local natural materials, which “can accommodate around 250 people at a time,” says Yorit. “This is where we have our meals, meetings, lectures and get-togethers.” The forest can board 195 persons at a time. There are two large dormitory huts with a capacity of 60 each, five family huts for families with children and 20 private huts for couples or singles. Most of their volunteers arrive through “word of mouth” and two of them have been a part of this life for nine years.

As this template of being one with Nature and service began to prove successful, Yorit and Aviram began to think of taking the idea to other places. In 2010, they set up a Sadhana Forest in the Anse-a-Pitres area of Haiti on 4.7 acres and also did large-scale planting of the Maya Nut trees (Brosimum alicastrum), a super food, on land belonging to members of the local community.

“It’s a food forest,” says Aviram, “the fresh nuts can be eaten raw, and the dried nuts are then milled using solar energy.” In 2014, Sadhana Forest came to Samburu County in Kenya and planted a variety of trees including tamarind and moringa.

A year ago, the Government of Meghalaya and the World Bank invited the duo to participate in the Meghalaya Community Led Landscape Management Project (CLLMP). Currently a team of volunteers is camped in different villages of East and West Khasi, and Jaintia Hills in solar-powered buses and “works with the villagers to understand their natural resource management needs and support them with environmental planning”. We provide training in cost-effective water conservation and tree planting techniques,” says Aviram. An excited Yorit chips in with an account of meeting Jhai Songthiang, a 100-year-old resident of Umkhol Village, who spoke about the forest that existed long ago. “It was amazing to hear her; the memories gave her so much energy,” she recalls.

As the COVID-19 pandemic rages on, it has seen people connect with Nature like never before. “We feel there’s an increased interest in environmental issues during this period and hope the interest will continue,” says the duo. As the 60 volunteers who tended to the trees at the start of the pandemic in March 2020 slowly returned to their homes, Aviram, Yorit and a few others watered and mulched the trees to keep the forest going. Yorit says the forest has been their most profound teacher. “The biggest experience has been to see the land transformed and, with it, the transformation of the lives of people, animals, and the volunteers.”

05/20/2021 Lifestyle Comments Off on The Israeli founders of Sadhana Forest, Auroville explain how a team of volunteers reforested 70 acres barren land and changed it into a tropical forest
India