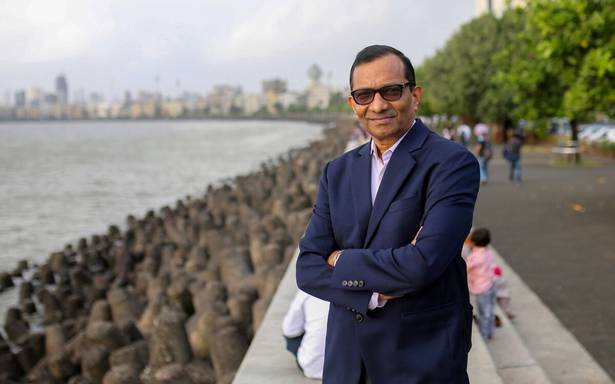 Before the pandemic started, the major players in India’s room air conditioner market had no plans to invest in larger manufacturing operations, relying instead on convenient imports of over 80% of finished ACs.

Over the past week, despite COVID-19 denting AC sales, global brands like Hitachi, Daikin and Panasonic, as well as domestic majors like Voltas and Blue Star, have announced investments of about ₹5,000 crore to reverse the reliance on imported AC parts from 80% to 20% over the next five years.

The seeds for this about-turn, driven partly by a Production Linked Incentive (PLI) scheme, were being sown from a third-floor corner office of an auto major in Worli, Mumbai.

Dr. Pawan Goenka, the Mahindra group’s managing director till this April, is driving an unusual public-private partnership that is informing and helping finetune policy changes that are leading to outcomes on the ground already in sectors like air conditioners.

Recalling the challenge, he said: “An Indian player may not have technology for a compressor, so they are forced to import. An MNC has technology, but don’t want to make it in India, given the volumes.”

His solution — convince the MNC to make more compressors in India by getting the domestic player to buy from them instead of importing — thus adding up volumes that justify fresh investments and repeat this idea for various AC components with both domestic and foreign players stepping to invest for each.

While this debate played out and Dr Goenka engaged with industry players on ideas to expand the market to ₹1 lakh crore, take local value addition higher and over time, begin exporting AC components, another battle was won without much ado.

The imports of finished air conditioners that constituted nearly a quarter of the room ACs market last year, have virtually come down to zero, after the government banned the import of ACs with pre-filled refrigerant in October 2020.

Over the past year and a half, Dr Goenka has been spending two days a week deep-diving into sectors like ACs, far removed from the auto industry he spent 41 years in, to recommend practical strategies and policy tweaks — not just to scale up manufacturing, but also to boost exports, reduce import dependence and expand domestic demand.

With an eye on navigating Indian manufacturing away from the import-dependence pitfalls exposed by the pandemic, Dr Goenka heads a group that informally began working soon after the national lockdown was announced in 2020, following a meeting between industry captains and Commerce and Industry Minister Piyush Goyal. The Minister had remarked that many of them had more time on their hands due to the lockdown so could they put on their thinking hats and come up with ideas to tap the global sentiment against China and strengthen Indian manufacturing?

Formalised subsequently by the Industry Ministry, the Steering Committee for Local Value Addition, Manufacturing and Exports or SCALE is now working on such ideas for 17 sectors — from toys, textiles, furniture and e-cycles to drones, air conditioners and even fisheries.

India has seen multiple similar committees India over the past two decades to enhance the share of manufacturing in the economy, with recommendations either gathering dust, scuttled by inter-ministerial and intra-industry crossfire, or leading to botched policies like the non-starter National Manufacturing Investment Zones (NMIZ).

The SCALE group that includes three representatives from government, three industry leaders, and three business associations — FICCI, CII and Assocham — is different for a few reasons.

First, it drafts no voluminous reports — all its proposals are laid out in a presentation at best. Second, it doesn’t just gather up ideas from various sectoral players and splash them together for the government to consider, as usual industry representations tend to be. Third, it follows a rigorous process of consultations to align different factions of industry with varying agendas at multiple levels and tries to nudge an alignment of interests where differences seem intractable, before it takes up the relevant issues with the government.

“Generally, industry bodies come to government and say, ‘Give me this, Give me that’,” Dr. Goenka told The Hindu. “My first sentence to them in SCALE interactions is, “It should be ‘I am going to do this, and this is the help I need.’ And if you don’t have an ‘I am going to do this’, then let’s not even talk.”

Consequently, none of its presentations have had policy suggestions without an equal commitment from the industry on what it would commit to do, in terms of investments and job creation, for instance, if those suggestions were accepted.

In fact, in the case of air conditioners, one of the first sectors it began working on, the industry players actually gave a letter of commitment to the Mr. Goyal that they will invest more and take domestic value-addition to 80% from the present 20% in five years, even before the government notified the PLI scheme for the sector.

“This was signed off by the industry and is almost a contract,” Dr Goenka said, adding that air conditioners, unlike drones, another sector whose PLI scheme has taken inputs from SCALE, was considered a sunset sector with no scope for a change in status quo. The panel’s ideas for other uninteresting sectors, including fisheries and TVs, are also at advanced stages of deliberations within the government.

“The objective of a national industrial policy must be to scale up the outcome, which must be faster growth of incomes of citizens in the country, especially for those at the bottom so that poverty is reduced,” he told The Hindu, emphasising that firms invest in China despite its low ease of doing business because of the sheer size its market.

“Large scale industrial units will not produce this outcome. They employ less people per unit of capital, and per unit of land. They also have larger negative impacts on the environment. New technologies with new business models make small units viable, as well as provide solutions to problems of inclusion and environmental sustainability,” he said, stressing this is why the NMIZ never took off.

In his first innings, Prime Minister Narendra Modi had tasked an industry chamber to come up with policy prescriptions for what he said was a central challenge for the Indian economy — scaling up income and employment levels of the people. Mr. Maira, who was associated with the exercise, said larger players in industry objected to the recommendations which were based on scenarios that encouraged smaller units along with larger ones to create a more vibrant manufacturing ecosystem.

“There was a sense that the chamber’s scenarios seem to suggest that small is beautiful and big is bad. While Dr. Goenka is following the right approach for the SCALE panel, it may face the same limitation and must use its own lens to carefully assess ‘Who is asking for what and why’,” Mr. Maira concluded.

Having traversed through India’s industrial ecosystem for decades, the SCALE chairman is aware of these home truths.

“All companies want to do well. But by and large, even if there will be exceptions, companies want to do good for the nation. There is this desire: Is there a way that without compromising my company’s requirements, am I able to add value to the country,” he noted, underlining that to that extent, the AtmaNirbhar Bharat has been a ‘motivating’ clarion call.