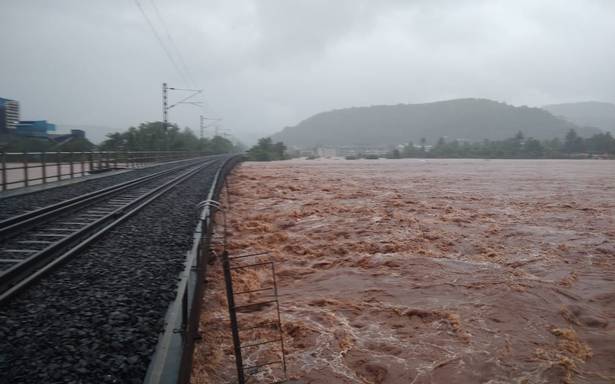 Several trains have been stopped at various stations in Maharashtra

Several trains have been detained on the Konkan Railway network in Maharashtra as the Vashishti river is in spate between Kamthe and Chiplun railway stations in Ratnagiri region.

A communique from Konkan Railway Corporation said train services in the region were suspended temporarily as the water level at the Vashishti river bridge was above the danger level.