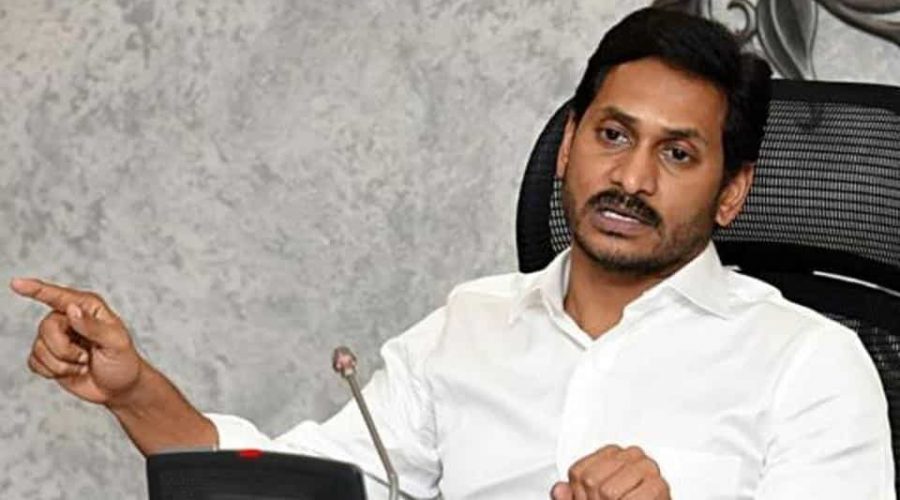 The Supreme Court on Monday adjourned a hearing on two petitions seeking action against Andhra Pradesh chief minister YS Jagan Mohan Reddy, who accused a senior judge of the apex court of trying to interfere in and influence the functioning of the Andhra Pradesh high court.

Meanwhile, the Central Bureau of Investigation (CBI) is probing abusive comments and derogatory statements on social media made allegedly by some ruling YSR Congress Party supporters against the Andhra Pradesh HC and Supreme Court judges earlier this year, people familiar with the development said.

In the Supreme Court, a bench headed by Justice UU Lalit expressed its inability to hear the matter because the judge, as a lawyer (prior to his elevation), represented the chief minister in separate litigations.

The two petitions — one filed jointly by Supreme Court lawyers GS Mani and Pradeep Kumar Yadav, and another by lawyer Sunil Kumar Singh — sought a show cause notice against CM Jagan for making several allegations against Justice NV Ramana, the senior most judge of the Supreme Court after the Chief Justice.

On October 10, Jagan’s principal advisor, Ajeya Kallam, disclosed the contents of the letter to the media at a press conference. The two petitions in the Supreme Court were filed after that press conference.

The plea by Mani and Yadav demanded a declaration from the apex court that Jagan had no authority to hold the office of the chief minister as he is “misusing his position and power by making false, vague, political and scandalised remarks and allegations openly in the public and media” against Justice Ramana. They also demanded a time-bound judicial inquiry by an independent agency into the allegations.

The other petition prayed for a direction asking Jagan not to make insinuations before public or to the media against judges of the Supreme Court.

Attorney General KK Venugopal on November 2 refused to grant consent for initiating contempt against Jagan and his advisor over the issue, partly because the matter was already before CJI Bobde (in the form of the CM’s letter). However, he held that the conduct of the two to be “contumacious” and called the timing of the letter “suspect”.

Jagan’s allegations came within a month of an order passed by Justice Ramana on September 16 in a public interest litigation dealing with fast-tracking of criminal trials against sitting and former legislators. There are several such cases against Jagan.

Several of Jagan’s colleagues have also been making comments against the judiciary.

Last week, CBI took over 12 first information reports (FIRs), registered by Andhra’s Crime Investigation Division (CID) from April to July, on the complaint of the Registrar General of the Andhra Pradesh high court and clubbed them into one case.

Sixteen people have been named accused by CBI in its FIR registered on November 11. They have been charged under various sections of the Indian Penal Code (IPC), including sections 153A (promoting enmity between different groups on ground of religion, race, residence, language etc), 504 (intentional insult with intent to provoke breach of peace), 505 (inciting a community), 506 (criminal intimidation) and section 67 of Information Technology Act.

According to the CBI FIR, prominent people gave interviews and posted on social media several allegations against Supreme Court and HC judges.

“Whenever there is any judgment from the high court against the state government, the (rival) Telugu Desam Party leaders are claiming it as their victory. Doesn’t it given an impression among the people that the judiciary in the state is acting in favour of the TDP?” he asked.