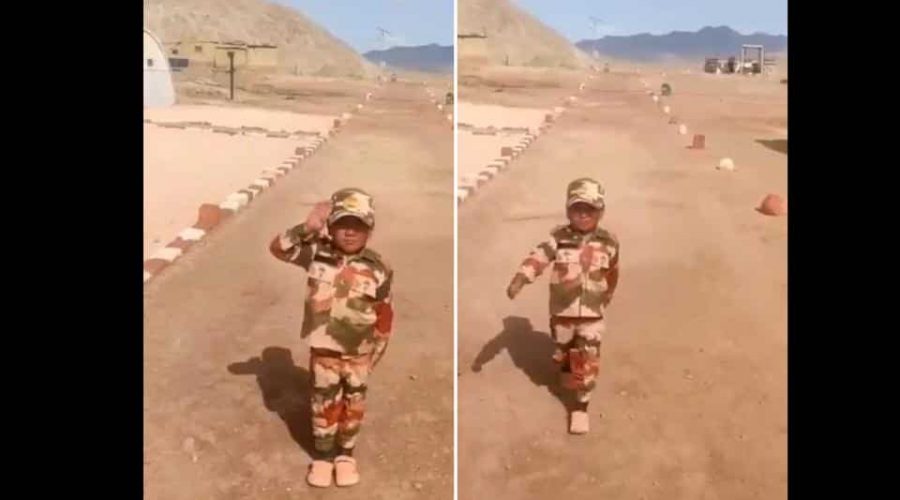 You probably remember Nawang Namgyal, a five-year-old boy from Ladakh who went viral back in October. A video of the boy saluting the Indo Tibetian Border Police (ITBP) troops in Chushul and learning the correct way to do so won many hearts all over the Internet. Now ITBP’s official Twitter account has shared a new video of the kid.

In this new clip, the little boy can be seen dressed in a special ITBP uniform and being taught marching.

Watch the video below:

Here’s the earlier video of Nawang Namgyal that went all kinds of viral back in October.

The new video posted by ITBP earlier today has received over 2,300 likes and lots of comments from people on Twitter. The little boy’s enthusiasm has once again won over people who couldn’t refrain from sharing their reactions.

What do you think about the video?

11/15/2020 Lifestyle Comments Off on Remember the kid saluting ITBP troops in Ladakh? A new video of him is going viral. Watch
TV & Movies