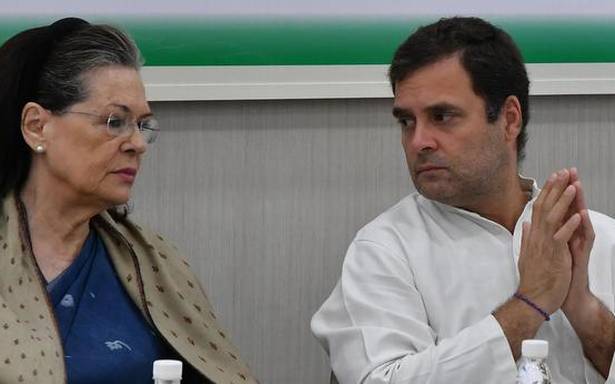 Reports also indicate that top leaders have rejected the resignation of Mr. Gandhi, who took moral responsibility for his party’s defeat

Congress president Rahul Gandhi is learnt to have offered his resignation to the Congress Working Committee (CWC) that is currently meeting in New Delhi to analyze the results of the 2019 Lok Sabha polls.

Reports also indicate that top leaders have rejected the resignation of Mr. Gandhi, who took moral responsibility for his party’s defeat. Party leaders Sonia Gandhi and Manmohan Singh were also present at the meeting.

However, there is no official word on either of the developments as the CWC meeting is underway since 11 this morning.

Mr. Gandhi’s continuance as the leader of the party has become difficult as the Congress has lost not only two consecutive Lok Sabha elections but he also lost his own seat of Amethi to BJP’s Smriti Irani.

The ripple effect of the Congress’ crushing defeat could be seen as various State leaders announced their resignations on Friday.

Many of the State-in-charges would not only explain their position but may offer their resignations on Saturday during the meeting of the CWC.

The near wipe out of the Congress in the Hindi heartland States of Madhya Pradesh, Chhattisgarh and Rajasthan that it had won just five months ago would also be under scrutiny of the CWC.

The results clearly indicate that the State governments failed to make any impact with the voters as the Congress scored nil in Rajasthan, retained only Chhindwara in MP and two seats in Chhattisgarh.

Madhya Pradesh Chief Minister Kamal Nath, however, was not present in the CWC. He, reportedly, has convened a meeting of his party MLAs to discuss the political situation in the State. The BJP had written to the Governor claiming that Mr. Nath’s government has become a minority one.

The working of the Congress and Janata Dal (Secular) coalition in Karnataka would be reviewed as both the partners managed one seat each out of the 28 Lok Sabha seats.

Party insiders say the roadmap for Congress’ revival as a national party will not only have to look at building strong regional leaders like Captain Amarinder Singh in Punjab but also consider options outside the Gandhi family to head the party nationally.

Suggestions also range from appointing senior political leaders as working presidents to assist Mr. Gandhi if he continues to appoint an entirely new team of general secretaries and State in-charges who can work with the grassroot workers to turn around the party’s fortunes.

“The idea of appointing working presidents will dilute the stature of the party president and doesn’t make sense. And as far as appointing someone from outside the family is concerned, it won’t work as the family is the glue in the party that holds them together,” a senior leader, who didn’t wish to be named, earlier told The Hindu.