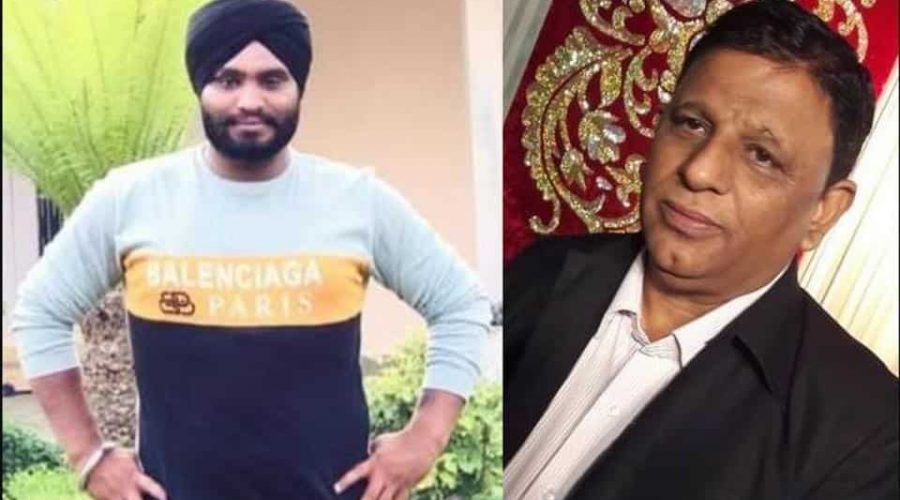 Hours after the murder of a Dera Sacha Sauda follower at Bhagta Bhaika village in Bathinda district, gangster Sukhpreet Singh, alias Sukha Gill Lamme, claimed responsibility for the attack through a Facebook post on Saturday.

Agitated over the murder of Manohar Lal Arora, a foreign exchange dealer, premis gathered in large numbers at Salabatpura, about 50-kms from here. They placed the body in the middle of the road and raised slogans. The protesters said they won’t cremate Arora until his assailants are arrested by the police.

Senior superintendent of police BS Virk spent nearly two hours with dera supporters at Salabatpura to ease the situation. He said the deceased was not an accused in any crime, including sacrilege.

“I will meet protesters again on Sunday again to convince them to lift the blockade. Our teams are working hard to crack the case,” said the SSP.

Harcharan Singh Insan, the member of Dera’s 45-committee of Punjab unit, said last rites will be performed only after the killers are held.

“It is shocking that an innocent person engaged in legal activity was murdered in broad daylight. It is unfortunate that the dera and premis are defamed with unfounded allegations. We will continue agitation until the Arora family gets justice and assurance of their safety and security,” he said.

Earlier, police said the claim of shooting Arora, 53, was made around midnight. The Facebook post in Punjabi claims that the crime was committed by Rajinder and Aman to avenge the sacrilege incidents of 2015. A post from the gangster’s social media page threatens to eliminate anyone involved in the sacrilege of the scriptures of Sikhs. A resident of Lamme near Ludhiana’s Jagraon town, Sukha is known for committing crimes and using FB to take responsibility for it.

Bathinda range inspector general of police Jaskaran Singh said: “Special teams are focusing on various leads. We have no comment to offer as the investigation is on.”

Manohar’s son Jatinderbir Arora, alias Jimmy, is the main accused in a 2015 incident of sacrilege of Guru Granth Sahib at Gurusar village. Jimmy was released on bail in May last year.

Manohar was shot dead by two masked men from close range at his office on Friday evening. Police sources said the accused had come on a motorcycle with their faces covered.

Police sources said one of the assailants used two pistols to shoot Manohar, while the other accused also opened fire. Manohar collapsed after several rounds were fired. He was declared dead at a private medical college in the district.

Gurmel Singh, a senior doctor at the local civil hospital said, the deceased suffered two bullet injuries in head and chest. Postmortem examination by three-member board opined that Arora died due to excessive bleeding and trauma, said Dr Singh. SSP said the shooters did not take away any cash from the spot.