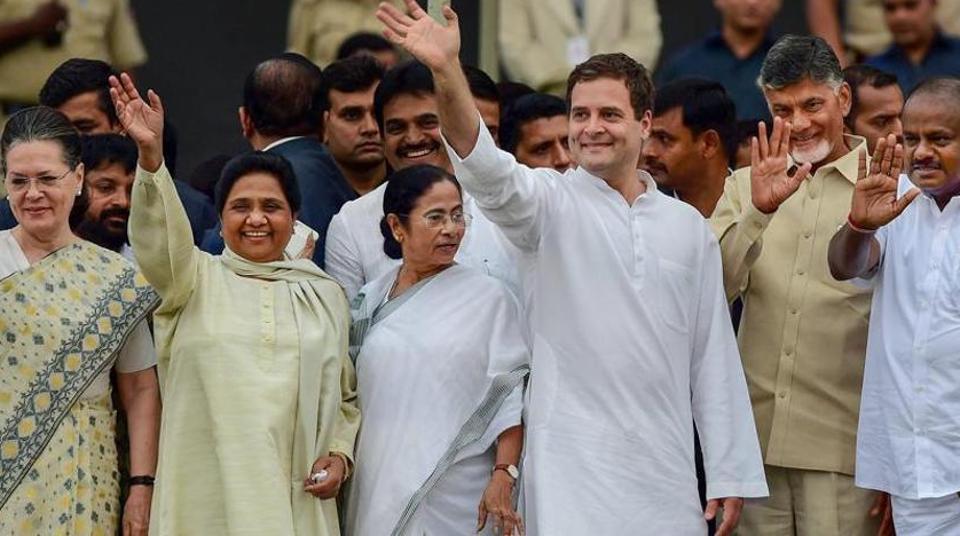 They came, they met and then they lost the game. The opposition league, which was toying with names such as Secular Democratic Front, failed to dent or stop the Narendra Modi wave. “Today I won’t go into what led to the loss,’’ said Congress chief Rahul Gandhi. “It is a fight of ideologies and I congratulate Prime Minister Narendra Modi.’’

To defeat Modi, Gandhi had agreed to give up several things. He hadn’t insisted on being the opposition’s PM candidate and he let regional leaders Sharad Pawar and Chandrababu Naidu take the lead in stitching the alliance. In the end, it simply wasn’t enough. The Bharatiya Janata Party had successfully conveyed that Gandhi was attempting to flee the threat in Amethi and he lost the seat, which had been with his family for three decades, other than in 1998. After five years of having the Congress at its lowest Lok Sabha tally of 44, Gandhi could only improve the count by less than 10 seats.

The other regional leader to take a hit is Nationalist Congress Party chief Sharad Pawar. His daughter Supriya Sule managed to hang on to the Baramati family seat, but his nephew Parth Pawar, who was hoping to make his Lok Sabha debut, lost out. While Parth described the results as “shocking’’, his uncle termed them ”unexpected’’, which may be an understatement for the NCP that managed just four seats despite farmers’ distress impacting Maharashtra. In the last few days, Pawar was the man trying to get allies such as BJD’s Naveen Patnaik on board. Now, it is unclear if Pawar will ever be able to realise his dream of being prime minister.

Also read | ‘Will take everyone along, even opponents’: PM Modi after big win

Prime ministerial ambitions were there for India’s two power women, West Bengal chief minister Mamata Banerjee and BSP’s Mayawati. The BJP threatened both by having a gap of just four MPs in Bengal and limiting the grand alliance to 15 seats in Uttar Pradesh, 10 of them for BSP.

“It was too polarised,’’ said a TMC MP. “We should have made it about Bengal because when we focussed on that in the last phase, we did well.’’ Banerjee now has two years for the fight in the assembly polls, though the BJP contends that 50 of her MLAs want to quit.

Mayawati too hinted at prime ministerial ambitions, including on the day of voting in Ambedkarnagar, saying she could even participate in a bypoll. But those dreams of being queen to a coalition will have to wait. Her next decision is whether to ditch her new ally, the Samajwadi Party, and go it alone in the 2022 state elections.

But it is state polls that served a blow to Andhra Pradesh chief minister Chandrababu Naidu. Having read the signs that Jagan Reddy was about to win his state, he tried to play a role in national coalition politics. Naidu’s party leaders now face the scrutiny of the tax department. A similar fate awaits RJD’s Tejaswi Yadav. Facing CBI cases, Yadav drew a complete blank in Bihar after alliance troubles and dissent within his own family.

The question facing all these leaders — if they failed to win seats, can they at least prove to be an effective opposition?

05/24/2019 Lifestyle Comments Off on Opposition: United, they lost
India