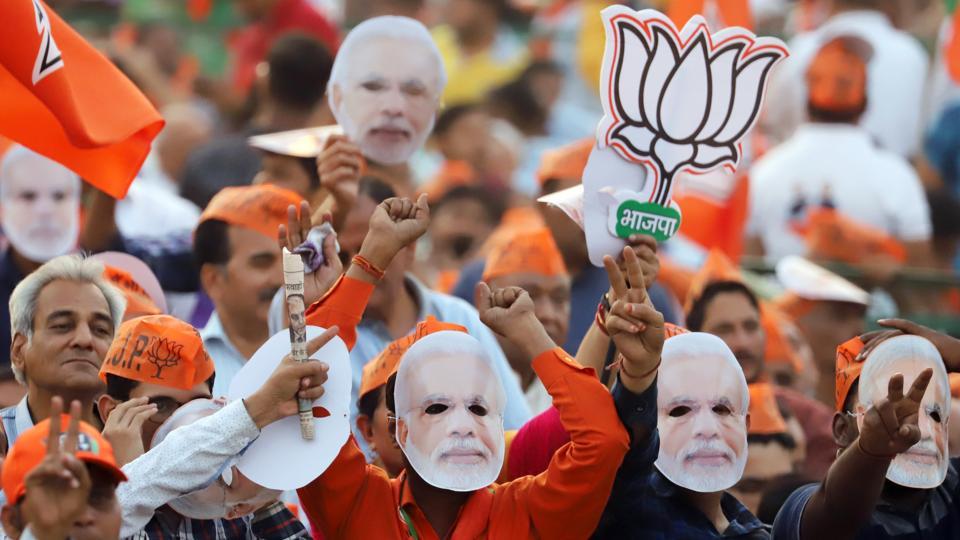 The outcome of the Lok Sabha elections on May 23 will answer four questions about the fundamental nature of the Indian political system.

One: Is India truly turning presidential — where the issue of national leadership is central in determining voter decisions, or does it remain parliamentary — where voters are concerned more with electing local representatives, of different political persuasions, to make laws?

Even though the 2014 election was billed as the first presidential-style contest, there is little doubt that when Jawaharlal Nehru or Indira Gandhi or even an Atal Bihari Vajpayee were leading their parties in the election, a key driver of voter motivation was national leadership. In 2014 too, Narendra Modi’s appeal swung voters towards the BJP, but this was also laced with a very high degree of anti-incumbency.

But in 2019, the election was very clearly posited as one between those who wanted Modi as prime minister and those who did not want Modi. It was thus more a referendum than a presidential contest. The BJP decided to just project Modi. A party strategist in UP mentioned to this writer, with a smile, that he did not have to worry much, for Narendra Modi was fighting in all the 80 seats of the state. Modi made it a point to remind his audiences that a vote for kamal (the lotus, the BJP’s symbol) would come straight to him. The non-BJP camp, for its part, decided to emphasise local issues and stitch together local alliances. If Modi indeed sweeps the polls, then one could argue that this has been the most definitive election fought solely on the question of national leadership in recent Indian history. Alternatively, if he does not fare well, one could argue that India is too complex for only one issue — a national leader — to prevail and the parliamentary system inherently encourages diverse political players.

Two: What kind of party organisation works best in delivering electoral results? Is it a cadre based, disciplined, centralised machine like the BJP or does a mass-based, somewhat decentralised, loose model work better?

Over the past five years, Amit Shah has built an astonishing election machine. The party has enrolled millions of new members; it has kept booth committees operational between polls; it is relentless in using the organisational apparatus to contact beneficiaries of government schemes; it deploys enormous financial resources during campaigns; it dominates the media space; it has the larger Sangh parivar to push out its message; and while personal battles exist, the control is such that factionalism is not allowed to manifest itself too strongly. A lot of this is possible because of the presence of full-time cadres, a clear chain of command, and micromanagement from the very top.

On the other hand is the Congress, which, as Rahul Gandhi admitted in an interview to NDTV, can be very “disorganised”. The party has a high-command culture, but there are leaders who have become a lot stronger in their respective states with a high degree of autonomy (Captain Amarinder Singh, Kamal Nath and Ashok Gehlot, for example); it is more mass-based than cadre-based; it gets active primarily during elections; there is also rampant infighting among leaders and the leadership is often unable to control it. All of this allows a plurality of voices but also lends itself to indiscipline. The Congress has made, over the past year, an effort to connect itself to its own workers, use data, build booth committees, but all of this is work in progress. And then you have regional parties. The Bahujan Samaj Party, Biju Janata Dal, DMK, and Trinamool Congress have very robust, organised structures on to the ground. The outcome will tell us which model of party organisation delivers better results in India.

Three: Is India voting as one, or will the diversity of Indian political traditions and social structure and the distinctive history of each region continue to throw up multiple players?

If the results reflect the exit polls, it is clear that the BJP’s footprint has expanded in areas which had been inhospitable earlier, particularly the east. But it appears to have hit a roadblock in the south. On the other hand, the Congress seems set to do well in the south, according to the exit polls, but it is to be seen whether it can actually rebuild its strength in the north, capitalise on gains it made in MP, Rajasthan and Chhattisgarh, and recover any ground in the east. There is then the big variable of regional forces. If the Mahagatbandhan is able to stop the saffron juggernaut in UP, and Mamata Banerjee is able to do so in West Bengal, it will show the resilience of locally rooted federal leaders. In UP, this would be driven by caste; in Bengal, it would be driven by sub-nationalism and a strong, often violent, party machine. The outcome will show whether across regional and social diversity, there is backing for one idea, leader and a party, the growth or decline in the footprint of national forces, and whether specific regional or caste aspirations remain dominant factors.

And finally: Is it time to conceptualise a new normal of Indian politics where a single party can attain a majority or are we returning to the 1989-2014 normal with heterogeneity in the political sphere?

For close to two and a half decades, there was a consensus in political literature on India. Coalitions are here to stay; there is fragmentation of the polity; national parties will shrink and regional forces will become more important. The 2014 verdict blew holes in this consensus by throwing up a single party majority government. But it was still seen as a black swan event. But if the 2019 results resemble 2014, and the BJP gets a majority or is close to it on its own, then it is time to rethink the old consensus. Alternately, if the BJP’s numbers shrink drastically and it requires not just existing but new allies — or an opposition front becomes a reality — India could well be returning to the 1989-2014 mode.