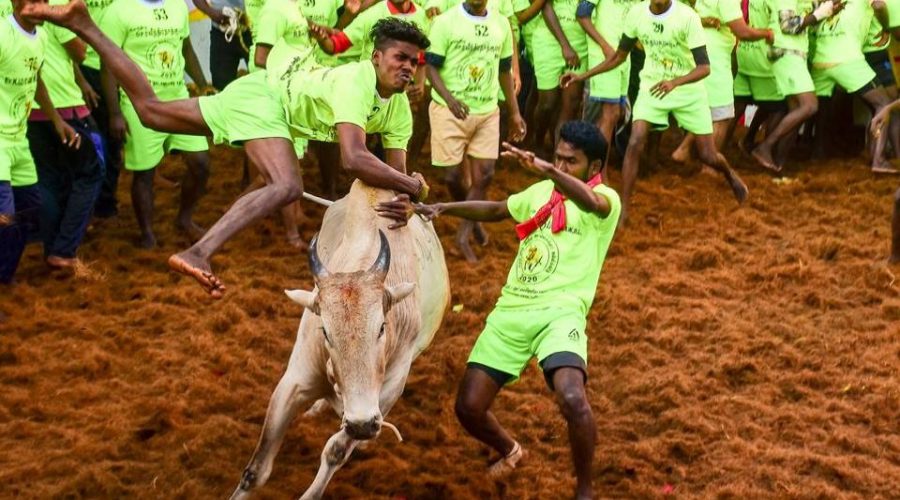 A bull owner lost his life when another bull attacked him in Alanganallur town in Tamil Nadu’s Madurai district where the bull-taming sport of Jallikattu was held on Friday.

Sridhar had brought his bull to Alanganallur to field him in Jallikattu. While he was waiting outside for his bull, he was attacked and injured by another bull and succumbed to his injuries.

Meanwhile, around 30 persons were injured while attempting to tame the bulls.

The traditional Jallikattu is part of the Pongal festival celebrations in the state and Alanganallur is famous for this sport.

The Jallikattu began in the morning and over 700 bulls and bull-tamers participated in the event.