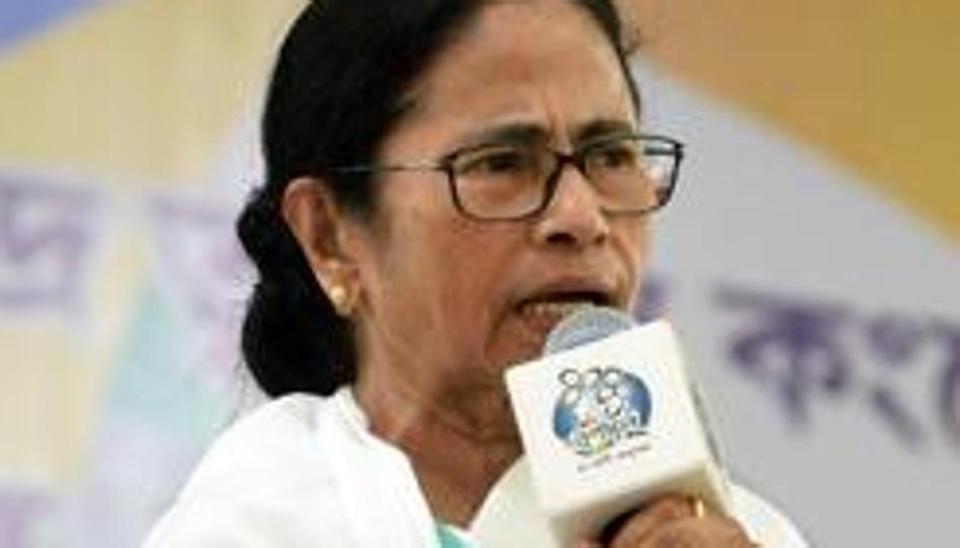 On Sunday night, about a dozen Trinamool Congress (TMC) workers stood outside Arambagh Girls School, Hooghly Institute of Technology and Serampore College, the counting centres for the Lok Sabha seats of Arambag, Hooghly and Serampore in Hooghly district.

They were keeping a watch on whether any ‘suspicious activities’ take place at and around the counting centres where the Electronic Voting Machines (EVMs) were kept in strongrooms.

“Following the chief minister’s instructions, we have directed our workers to keep vigil on counting centres round the clock on. The step is to foil any bid by Bharatiya Janata Party (BJP) to change, or manipulate, the EVMs,” said Tapan Dasgupta, food processing minister and TMC’s Hooghly district unit president.

“From all polling stations, our workers followed the vehicles that transported the EVMs to counting centres, just to ensure that the EVMs reach their proper destination,” Dasgupta added.

“Both the counting centres in our district are under watch of our workers since Sunday night,” said TMC’s Nadia district unit chief Gouri Sankar Dutta.

On May 16, when addressing her last election rally in Diamond Harbour constituency, where her nephew Abhishek Banerjee is the party candidate, chief minister Mamata Banerjee urged her party workers to stay awake throughout the night and maintain vigil outside the counting centres where the EVMs would be kept.

“I am told that plans are afoot to change EVMs. My party workers will keep a vigil outside the strong rooms. They have to keep a watch all over Bengal. Even if the police try to disperse them, they should not leave. They (whose keep watch) must not accept drinking water from the police since the water might be laced with sedatives,” said the chief minister at the rally. She also urged the women supporters to keep a watch.

Holding out the promise of incentives, she had said, “If any local youth can catch someone (trying to change EVMs), his future is our responsibility.” She also mentioned that if someone was found trying to do it (change the machines), the locals should first try to stop it with whatever they found at hand. Then they should take pictures and send them to her, the TMC chief said at the rally.

On Sunday, immediately after various exit polls results were announced, she repeated her suspicion that the BJP could tamper or replace the EVMs.

“I don’t trust Exit Poll gossip. The game plan is to manipulate or replace thousands of EVMs through this gossip. I appeal to all Opposition parties to be united, strong and bold. We will fight this battle together,” she tweeted on Sunday.

BJP, however, mocked the TMC’s initiative.

“They are trying to create excuses to save their face. But nothing can save them,” said BJP Bengal unit president Dilip Ghosh.

The 2019 Lok Sabha election has been very bitterly contested in West Bengal. While BJP president Amit Shah set a minimum target of 22-23 seats out of the 42 the state has to offer, the TMC chief has vowed to make a clean sweep.