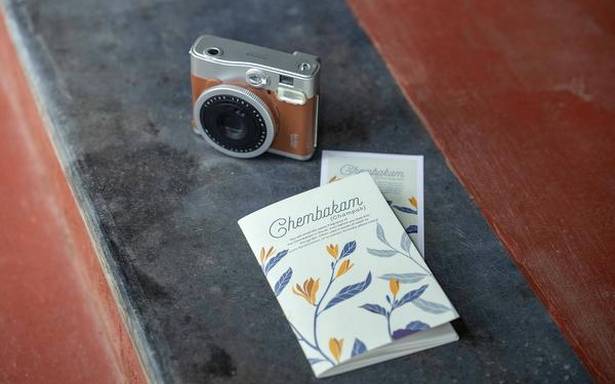 Flowers and fruits endemic to Kerala are finding unconventional interpretations as motifs on a range of products, from notepads to saris

Elephants, coconut palms, Kathakali and theyyam motifs are passé. Designers, artistes, and organisations are using native flora and fauna on a range of products to tell the Kerala story, using them as motifs to present the State to the market outside: either as means of attention and education to outside ‘audiences’, or as a proud showcase.

The bouquet of INTACH Palakkad notebooks

Each notebook corresponds with a Malayalam month. The flower on the cover is one that blooms that month; some seasonal, others perennial. “The flowers added a second layer, primarily it is to educate about the months of the Malayalam calendar so that we don’t lose touch; our imagination is synced with the Gregorian calendar,” says Arun Narayanan of INTACH.

The idea is about more than grabbing eyeballs, it is about telling the Kerala story. Ratheesh Menon, of Coconut Stories, a gifting/lifestyle brand, picked six flowers — ixora, plumeria, hibiscus, gulmohar, lotus and oleander — using them on merchandise such as T-shirts, notebooks, and badges. “Each flower, each motif has a story. These are culturally significant, so I want to showcase them and, perhaps, introduce them to others outside, as other brands have done using cultural references of other places,” says Menon.

The late artist Rajan M Krishnan ‘showed’ others the ubiquitous jackfruit tree. In works such as Memorial, Plant of Sustenance and Self-bearing Jackfruits, he celebrated the tree, often laden with fruit, as a signifier of freedom of expression.

Muvattupuzha-based designer Jebin Johny’s label Jebsispar has a design sensibility unapologetically and boldly rooted in Kerala. He does not shy away from using motifs including fish fry, plantain bunches, pepper vines, papaya trees as prints on saris and dresses.

“I wanted my ‘stories’ [designs] to be authentic and convey real emotions. Whether it is the oonu (sadhya) design, or the banana tree or papaya, or jackfruit or pepper… it is about my upbringing, my childhood, my bond with family,” he says. Among those who have worn his designs are Sonam Kapoor, Kalki Koechlin and Vidya Balan.

Designer Sreejith Jeevan uses motifs for his label Rouka by Sreejith Jeevan. In 2015, he designed a collection called ‘Dasapushpam’, drawing inspiration from the 10 flowers and herbs native to Kerala. The NID alumnus’ stint with Ikea, developing prints, set him thinking about flora and fauna placed within a local, seasonal context. “They are particular about not doing a summer collection with winter flowers, for example. That’s when I started thinking about flowers and their cultural/seasonal associations. If it is Vishu, it has to be konna (cassia), doesn’t it?” he says.

He equates Kerala fauna being mainstreamed with Kerala cuisine exploding into the country’s culinary scene. Echoing Narayanan, he says, “We haven’t been educated about local things; this might be an interesting way of talking about it.”

“People like stories in general; they are buying into the idea of a local narrative, something with a feel of Kerala,” Jeevan says, adding that when a non-Malayali, “alien to our culture, language and ethnicity invests, it gives a lot of confidence and recognition.”

Won’t the market tire of these motifs? Says Jeevan, “You can always find variations and reinvent… hasn’t it been done to the rose?”

10/08/2020 Lifestyle Comments Off on Oleander, cassia, ixora… flowers of Kerala as motifs on merchandise
TV & Movies