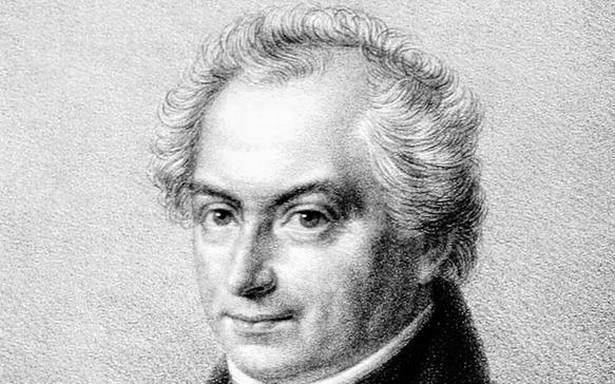 On March 29, 1807, Heinrich Wilhelm Matthias Olbers, a German astronomer and physician, discovered 4 Vesta. Now known to be the brightest asteroid occasionally visible to the naked eye, 4 Vesta is one of many asteroids between Mars and Jupiter. A.S.Ganesh talks about Olbers and the asteroids he discovered…

You must have surely heard about asteroids, a class of objects in the solar system. Small, rocky objects that orbit the sun, these asteroids are, however, much smaller than the planets. Remnants left over from the early formation of our solar system, the current known asteroid count is over 9,50,000. Most of these asteroids exist in the main asteroid belt between Mars and Jupiter. They vary in size, starting from 4 Vesta, the largest at about 530 km in diameter, to those less than 10 m across.

If we are to look at the discovery of 4 Vesta, then we would have to start from late in the 18th Century. Based on their calculations, German astronomers Johann Daniel Titius and Johann Elert Bode came up with a mathematical expression, known now as the Titius-Bode law.

Astronomers were curious as these calculations could predict the positions of the planets then known. There was one exception though, as the Titius-Bode law suggested that there should be a planet between Mars and Jupiter. When British astronomer William Herschel discovered Uranus in 1781, again at a distance that corresponded to that predicted by the Titius-Bode law, excitement among astronomers reached fever pitch.

It was no surprise therefore that a group of astronomers got together in Germany to hunt down the missing planet between Mars and Jupiter. With an objective to search the skies for as long as was needed to catch what they were looking for, they started calling themselves Celestial Police.

One of the astronomers in the Celestial Police was Heinrich Wilhelm Matthias Olbers. Born in 1758 at a village near Bremen, Olbers was enthusiastic about science from a young age. He studied Medicine at Gottingen and set up practice in Bremen at the age of 23. Apart from his medical practice, he did his astronomical work in the upper part of his house, which he had made up for observing the night sky.

It was Italian astronomer Giuseppe Piazzi, however, who discovered what he believed to be the missing planet on January 1, 1801. Named Ceres, it was tracked down for a while before it went behind the sun.

Back then, it was still unknown as to how to recover a lost solar system object whose orbit was only partially known. Young German mathematician Carl Friedrich Gauss, who would go on to become a close friend of Olbers, showed off his skills by coming up with a method to identify the orbit with limited observations.

Using Gauss’ method, Olbers was able to observe Ceres later in 1801. He continued to follow Ceres’ movements day after day and on March 28, 1802, he spotted a similar object. Now called 2 Pallas (the number indicating the order of discovery), it can even be considered the first asteroid to be discovered (Ceres, or 1 Ceres as it was called when considered the first asteroid to be discovered, was promoted to the status of dwarf planet in 2006).

After German astronomer Karl Ludwig Harding discovered 3 Juno in 1804, Olbers made an asteroid discovery again on March 29, 1807. He gave Gauss, who had computed its orbit, the honour of naming the asteroid and he called it Vesta after the goddess of hearth and household in Roman mythology. With these discoveries, it became obvious that a belt of asteroids existed between Mars and Jupiter and that this collection of space debris was, in fact, what was considered the missing planet.

Apart from being the largest asteroid in the main asteroid belt, 4 Vesta is also the brightest and can even be spotted with the naked eye on occasions. It is the second most massive body in the main asteroid belt – behind only Ceres – and accounts for almost 9 % of the total mass of all asteroids. With a crust, mantle and core like our Earth, 4 Vesta is nearly spherical, making it almost a dwarf planet.

Apart from discovering two asteroids and working as a physician, Olbers also had time to point out a paradox in 1823.

Olbers asked a simple question: why is the sky dark at night? He reasoned that given there are infinite stars in the sky, the sky should always be bright everywhere as our line of sights would eventually terminate in a star, irrespective of where we look in space.

While there is no straightforward resolution to the paradox, modern cosmologists maintain that as the universe is ever- expanding, the light that was once bright from the early universe might be stretched to other wavelengths by the time it reaches us. They also mention the fact that the universe we perceive is only 14 billion years old and so any line of sight that goes beyond that will not intercept a star.

Even though Olbers wasn’t the first to pose this paradox and there were many before him who had raised this question, it now bears his name and is referred to as Olbers’ paradox.

Related posts:
03/28/2020 Lifestyle Comments Off on Olbers and the discovery of the brightest asteroid
TV & Movies