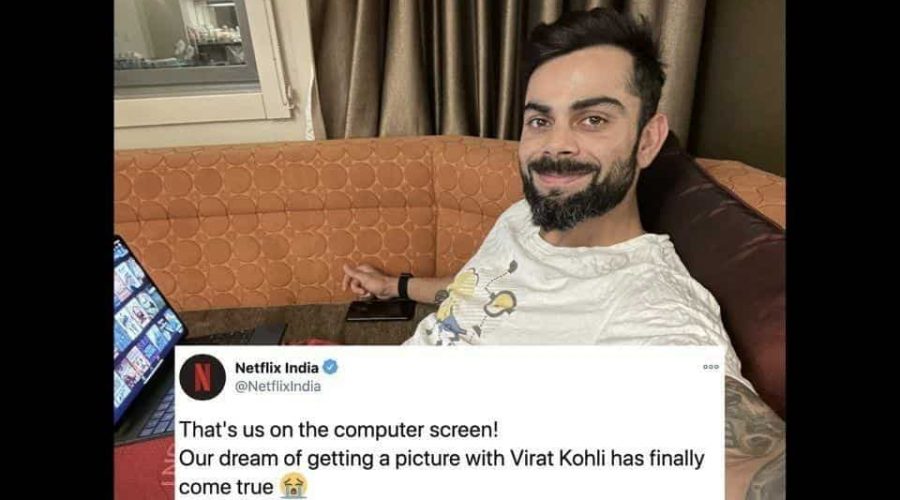 Virat Kohli is presently serving a 14-day quarantine in Australia as him and the rest of the Team India members await the upcoming bilateral series, starting from November 27. Kohli took to Twitter just a few hours ago to share a picture of himself alongside text describing his “Quarantine diaries”. Now, an unlikely entity aka, Netflix India’s official Twitter page has responded to that post. Their reply to Kohli’s share may leave you grinning.

“Quarantine diaries. Un-ironed T-shirt, comfortable couch and a good series to watch,” reads the descriptive caption shared alongside the image. As suggested, the photograph shows Kohli donning a wrinkled t-shirt as he smiles, looking directly at the camera. A laptop is perched on his lap, the screen of which is slightly visible.

Check out the post which has already accumulated over 86,300 likes here:

Netflix India’s official Twitter account was amongst many of those who responded to Kohli’s tweet. They retweeted the snapshot with text reading, “That’s us on the computer screen! Our dream of getting a picture with Virat Kohli has finally come true”.

Since being shared on the micro-blogging application just a few hours ago, this tweet has accumulated over 6,500 likes and many appreciative comments.

11/17/2020 Lifestyle Comments Off on Netflix India’s ‘dream of taking a picture with Virat Kohli’ finally comes true. Check out how
TV & Movies