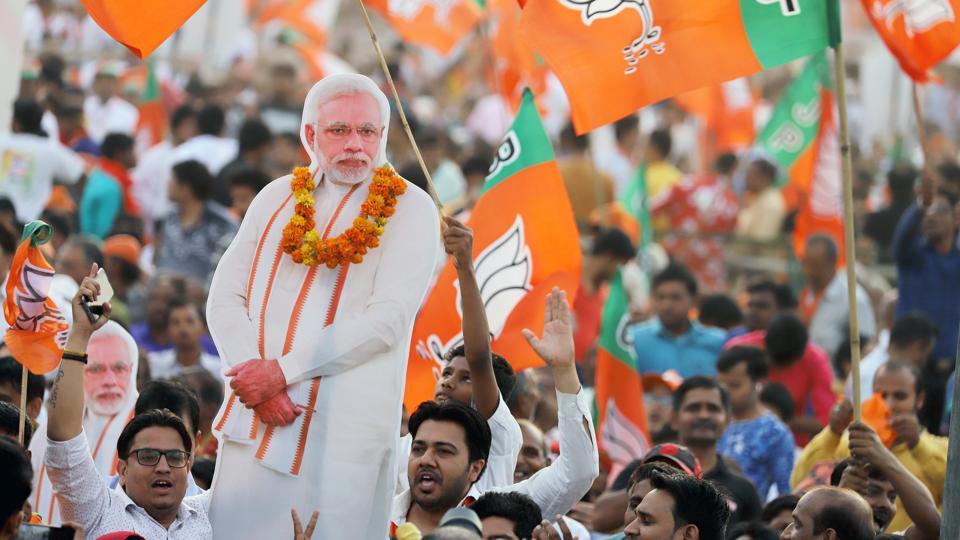 In May 2014, it took four hours of counting before India grasped the momentous significance of a verdict that broke the 25-year record of no single party securing a clear majority on its own. On Thursday, the more emphatic reiteration of the 2014 verdict was evident just two hours into counting. The final tally took longer to emerge and the suspense over a few seats where the margins were wafer thin continued late into the night but there was no ambiguity over India voting in one direction.

The magnitude of what is being called Tsunamo was evident after the exit polls. However, this gale force escaped detection by those who chose to view the election in terms of caste alignments and arithmetic aggregation. The importance of leadership and focussed direction — the two most important attributes of Prime Minister Narendra Modi — to the electorate were insufficiently grasped. Also seriously underestimated, by Rahul Gandhi and Mamata Banerjee at least, was the popular faith in the integrity and selflessness of “Chowkidar” Modi and the simmering resentment against the culture of entitlement. Modi had been in power for five years but during his tenure he consciously projected himself as a figure out to break a rotten status quo. He was able to blend the projection of continuity with a very strong anti-establishment flavour — witness his asides against the naamdars (dynasts) and the Khan Market gang.

The miscalculations of the Opposition, not least of which was its inability to either address or resolve the question of who would lead any alternative coalition arrangement, can explain why the challenge to the Bharatiya Janata Party (BJP) fizzled out inside the polling booths. However, BJP workers across the country reported that the campaign for the Modi government’s re-election rested more on a groundswell than on the party’s organisational rigour. In states such as West Bengal, where the BJP performed spectacularly well, even the absence of polling agents inside booths didn’t have any bearing on the final vote. People voted for Modi because he appealed to them.

In 2014, Modi was still a hazy figure to large sections of the electorate. He was more known to the BJP faithful than to people whose interest in politics was confined to the two months before an election. No doubt the campaign and sustained TV exposure helped project his charisma but, overall, his appeal was still patchy. In this election, Modi was a known commodity. Five years of sustained media exposure ensured that there was no corner of India where he was unknown. People either liked what they saw or recoiled in horror; there was no ambiguity. The CSDS-Lokniti post-poll survey indicates that 44% of voters approved of him. The approval rating rose to 49% for voters in the 18-25 year group. This may explain why the PM’s rallies often resembled rock concerts and carried so much energy and enthusiasm. The anti-corruption credentials of the government played a big role in Modi being seen as an instrument of both change and modernity.

The post-poll survey also revealed that endorsement of Modi was as high as 50% among Hindu voters. This, along with the 62% support among upper castes and 53% among backward castes have often been interpreted to mean that the BJP succeeded by stoking majoritarian Hindu impulses. No doubt there was a strong undercurrent of Hindu nationalism among BJP voters. Interestingly this was marked in the party’s new areas of growth, particularly West Bengal. However, this was a passive element of the campaign. The intersection of national pride and Hindu pride was marked after the Balakot air strikes. It brought a bout of national assertiveness to the top of the agenda. But it is facile to attribute the National Democratic Alliance-BJP victory to a kneejerk outpouring of hate against the national enemy.

Over the past four years, but particularly after the Bihar debacle of 2016, there has been a sustained attempt by the BJP leadership to enlarge the social bases of the party. Unlike the Atal Behari Vajpayee government where governance and political mobilisation were detached, the Modi government took exceptional care to link the delivery of its welfare schemes to the need to shift the social centre of the BJP lower down the economic ladder. Today, the perception of the BJP as a party of the urban middle classes, with a preponderance of traders, is a complete caricature. In this election, the BJP was able to cream off a significant slice of poor voters from both the Congress and regional caste-based parties, enough to make a big difference to the final outcome.

However, what paid the party the biggest dividend was its ability to convert a parliamentary election into a presidential one. This was a well-crafted approach which the Opposition understood but could only respond with platitudinous gibberish such as invoking the Idea of India. Modi invoked it far better and in a language people understood. The Opposition didn’t win the battle for the BJP but they certainly did help immeasurably in showcasing what the party faithful hated.