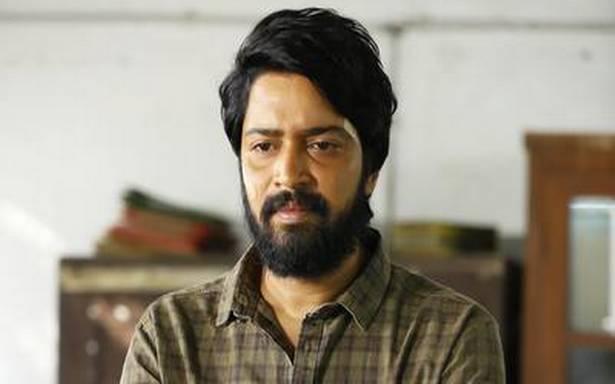 At a crucial moment in the story, when a powerful man tells Shiva Prakash (Allari Naresh) that his 45-year career is at stake, Shiva retorts and asks if his own predicament, after languishing in prison for five years for a crime he never committed, doesn’t matter at all. Shiva has lost nearly everything that mattered to him; he has nothing to lose in his fight for justice. Naandhi

First time director Vijay Kanakamedala wants us to pause and pay attention to a fictional story inspired by several real-life incidents. What happens when someone is falsely accused of murder and driven to the edge by police brutality? This brings up memories of the Tamil film Visaranai but more importantly, of true incidents of police brutality that made headlines. Vijay doesn’t stop there. He throws light on the possibility of the victim taking the perpetrator to task using IPC Section 211.

Shiva Prakash hails from a middle class family and his parents have gone through financial struggles to ensure that he gets a good education. Now a software engineer, he wants to ensure that his parents enjoy the small things in life that they had given up for his sake. There are bigger plans too — of a new house and marriage. His world is shattered when he is rounded up by cops out of the blue, accused of murdering a do-gooder lawyer Raja Gopal (CVL Narasimha Rao).

Naandhi captures the journey of Shiva Prakash as he is systematically broken down by police officer Kishore (Harish Uttaman) but despite all that’s stacked against him, holds on to some hope, with resilience.

Vijay unravels the story gradually, first making us see the plight of the accused. The director knows where not to use dialogues. For quite a while in the opening portions, Naresh doesn’t talk. He is brought to prison, asked to strip, and left to languish behind the bars; his lack of words is contrasted by the chirpiness of the fellow inmate (Priyadarshi), a YouTuber. It helps that Naresh can internalise all the anguish and convey it through his eyes and body language and Priyadarshi can lighten things up without trivialising a situation.

Naandhi is not limited to the wrongly accused’s fight for freedom; that’s only half the battle won. The real fight begins later, involving Section 211. Varalaxmi Sarathkumar is credible as lawyer Aadya, enacting it with both empathy and conviction. The film benefits from a good supporting cast — Harish Uttaman as the venomous cop, Vinay Varma as a shrewd politician and Praveen as the friend who desperately stands by Shiva Prakash.

Vijay plays his cards well and doesn’t paint all of the police force with the same brush. There are no sweeping statements made, and Naandhi sticks to the duel between one bad cop and the victim.

The dignified manner in which the fiancé and her father convey their decision to Shiva Prakash in prison and his reaction soon after, stem from empathy and grace. Likewise, it’s a nice touch to have Shiva visit her years later and the two sharing mutual respect and conveying how destiny has played a part in their lives. Again, this portion has no dialogues. The actors do their part effectively and Sricharan Pakala complements it, yet again, with his music score.

If the first half of Naandhi relies heavily on the emotional quotient, it turns into a courtroom drama in its later half, solving puzzles of the crime and holding on to the fight for justice. The film strikes a balance between being cerebral and mainstream-friendly.

Maybe it needn’t have taken the somewhat masala approach towards the end. This isn’t to nitpick an earnestly put together film. We don’t get many interesting films and when we do get one, we want it to be even better.

Naandhi marks the arrival of Vijay Kanakamedala as a director with promise and reinforces how good an actor Naresh is. This will go down as one of his career-best performances.

02/19/2021 Lifestyle Comments Off on ‘Naandhi’ movie review: What it takes to turn the tables
TV & Movies