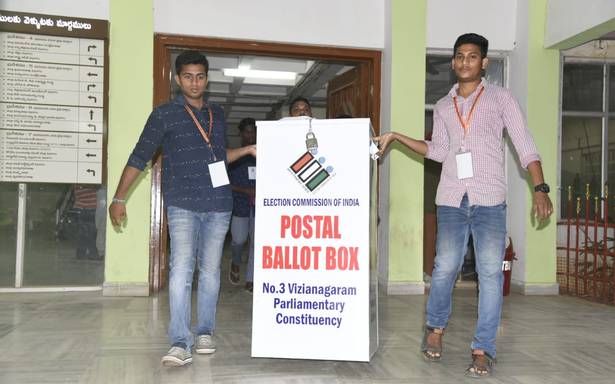 Making major gains in West Bengal and Odisha while holding his own in northern India, Prime Minister Narendra Modi cruised to a second term in office, with the BJP alone looking set to win just over 300 seats in the seven-phase Lok Sabha election.

Prime Minister Narendra Modi, elected back with a bigger majority than before, termed his victory a mandate from a new India and a victory for democracy and for an aspirational and inclusive country.

The Bharatiya Janata Party (BJP) and Shiv Sena alliance will likely carry forward gains from the Lok Sabha elections into the Assembly elections in October 2019. The two partners, after sweeping most of Maharashtra’s 48 seats, hinted at taking their long-standing partnership into the future hours after the results came in on Thursday.

Jagan Mohan Reddy makes it after a 9-year wait

Riding the crest of a strong anti-incumbency wave against the Telugu Desam Party (TDP) government and after a nine-year wait, YSR Congress Party leader Y.S Jagan Mohan Reddy inched closer to his dream of becoming Chief Minister of Andhra Pradesh, steering his party to a landslide victory.

How the saffron tide shook the Trinamool citadel

The huge inroads made by the BJP into West Bengal, is one of the major stories coming out of the mandate of 2019. Like everywhere else, the party worked to a plan to shake the Trinamool Congress citadel, helped along the way by various factors including a polarisation of the electorate on the questions of minority appeasement, local level anti-incumbency and the massive erosion of the Left’s vote base.

Close contest in Sikkim as SKM, SDF fight it out

The trends of counting in the Sikkim Assembly elections on Thursday indicated a close contest, with the Opposition Sikkim Krantikari Morcha (SKM) leading over the incumbent Sikkim Demorcatic Front (SDF) which has been in power in the State for 25 years.

BJP on way to forming its first elected govt. in Arunachal

The Bharatiya Janata Party is set to form its first elected government in Arunachal Pradesh. The current BJP government, headed by Chief Minister Pema Khandu, was taken over from a regional party as was an earlier one more than a decade ago.

With the Biju Janata Dal nominees remaining ahead of their rivals in more than two-thirds of the Assembly seats in Odisha on Thursday, Chief Minister and party president Naveen Patnaik is all set to take charge of the State for a fifth consecutive term.

Editorial: For a rediscovery of India

The definitive nature of the Bharatiya Janata Party’s victory in the 17th general election marks an unmistakable inflection point in the journey of the Republic. If the 16th general election in 2014 catapulted the BJP as the primary pole of Indian politics, relegating the Congress to a distant second, 2019 establishes it as the overarching hegemon. For good reasons, this result is being viewed as an endorsement of Prime Minister Narendra Modi’s persona, and his imprint on this victory is distinctive. But it will be a folly to ignore the underlying structural reasons that made this victory possible, and its sweep so deep and wide.

The company estimates that 5% of its 2.4 billion monthly active users are fake accounts, or about 119 million. This is up from an estimated 3% to 4% in the previous six-month report.

The British government on Thursday postponed a crucial Brexit vote scheduled for the first week of June, following an outcry from hard-line Brexiteers over concessions made by Prime Minister Theresa May.

England could be the first team to score 500 runs in ODIs, India captain Virat Kohli said in jest as captains could not agree on the scoring trends in what is expected to be a high-scoring World Cup.