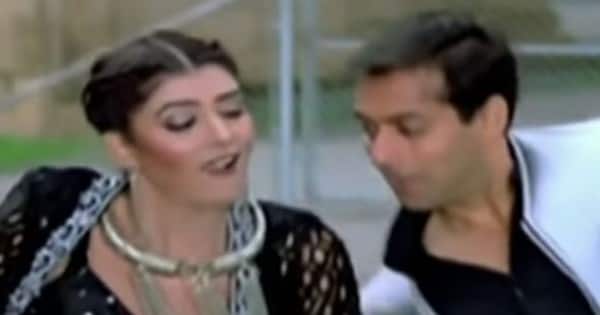 Salman Khan has been one of the most popular stars in the 90s. He has also been one of the stylish stars as we all know that Salman had been into fitness early on in his life, thanks to his mother. Apart from his stylish appearances in movies and his Casanova demeanor, Salman’s songs from his movies have had a major contribution to his success. We all know how much Bollywood movies and songs are loved all over the world. You all would remember Money Heist, right? Raquel of the Money Heist loves Bollywood and Salman’s songs. Itziar Ituño aka Raquel crooned to Salman Khan and Sushmita Sen’s hit number Chunari Chunari from Biwi no. 1. It was during an interview with Showsha that the sang Chunari Chunari song. The video as of now has gone viral as Salman’s fans are sharing it all over social media. In case you missed it, have a dekko below:

We must say, Itziar we admire your love for Bollywood and songs. She’s a cutie, isn’t she?

Talking about Salman Khan’s work front, the actor is currently busy with Bigg Boss 14. He is also gearing up for the release of his next, Radhe: Your Most Wanted Bhai. as per the reports, Salman Khan’s most anticipated film, Radhe: Your Most Wanted Bhai will see the light but on the screens of your phones or smart-TV sets. Yes, you read that right. Trade analyst, Komal Nahta says so. He dropped a tweet with a video that he released on his official channel and spoke at length about the makers planning to take the OTT route to release the much-anticipated film. Well, don’t be sad Bhaijaan’s fans, as you’d still get to enjoy his films.

What do you have to say about the video? Let us know your thoughts by tweeting to us at @bollywood_life.