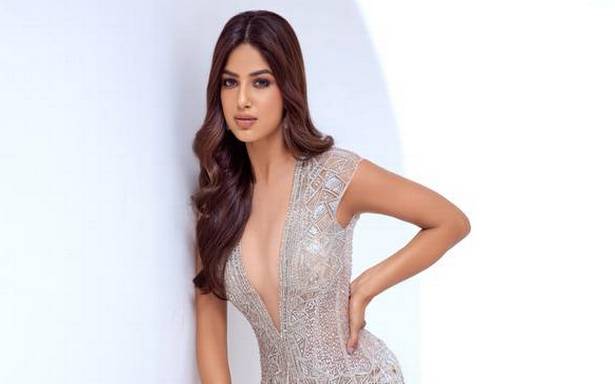 The 21-year-old on life after winning the prestigious crown, wanting to act in a biopic, and a year of advocacy ahead of her

Earlier this month in Israel, a 21-year-old girl hailing from a small town in Punjab made history by becoming only the third Indian woman to be crowned Miss Universe. Harnaaz Kaur Sandhu won the prestigious title — 21 years after Lara Dutta in 2000 — with clips of her final answer in the Q & A round going viral.

Also read | Get ‘First Day First Show’, our weekly newsletter from the world of cinema, in your inbox. You can subscribe for free here

When asked by host Steve Harvey on the advice she would give young women out there dealing with the pressures they face today, Harnaaz said, “The biggest pressure the youth of today is facing is to believe in themselves. To know that you are unique and that is what makes you beautiful; stop comparing yourselves with others and let’s talk about more important things that’s happening worldwide.”

“This is what you need to understand. Come out, speak for yourselves because you are the leader of your life, you are the voice of your own. I believed in myself and that’s why I am standing here today,” she added, to thundering applause.

The Chandigarh-based model, who has already acted in a couple of Punjabi films, is now primed for a momentous year, during which she will represent the Miss Universe community globally and be an ambassador for India at several events as well.

Talking to The Hindu, Harnaaz talks about the relevance of beauty pageants today, women empowerment, her love for biopics, and more.

Excerpts from an interview:

How has life changed for you since you became Miss Universe?

Everything around me has surely changed, but I, as Harnaaz, have remained the same. I have definitely become clearer with my vision and more confident about the issues that I want to talk about. But that humble, grounded, innocent girl is still the same.

Over the years, there has been a growing criticism against beauty pageants. What space do you think pageants have in the 21st century, where body positivity and ideas of beauty are constantly evolving?

I believe that pageants have changed over time and they will continue to evolve over time. This year, and for the last few years, we have been showcasing different colours, communities and bodies on stage with the ultimate goal to embrace and empower women.

The goal is to make every woman out there realise that if we can do it, they can too. We are confident about our voice, our opinion and we believe in ourselves. We celebrate sisterhood and talk about more important issues than just outer appearance.

Now that you have a year of advocacy ahead of you, how are you looking to use it for the issues that are close to your heart?

My mom has broken stereotypes in the patriarchal system by being a gynecologist, and managing her personal and professional life admirably. I have attended health camps with her on menstrual hygiene and other issues related to women. I am excited to take this forward with Miss Universe, and spread more awareness on the Smile Train organisation and cleft surgeries.

I am also sure it is going to be a wonderful experience for me to talk to the women out there; to help them realise their right to education, too work to choose their partners, and make them feel confident about themselves because often women are deprioritised, when it comes to their own rights and health.

In the final round, you spoke about how we need to take quick action against climate change. How can India, being a growing economy, strike the balance between growth and prevention?

India has made a huge investment in the solar power system, and Israel — where Miss Universe 2021 was held — has also been doing amazing work over the years for climate change. I believe that we need to learn from each other.

Along with that, it is the duty of an individual to use the laws and the resources given to us. We need to take initiative because each one of us can transform the world. The minimal habits that we feel are not important are actually putting a lot of pressure on nature. As individuals, we need to come together to put pressure on businesses to provide us with eco-friendly resources. The government and the individual need to work in tandem; these are the two levels that I strongly believe that we need to take action on.

Your ‘cat impression’ has obviously taken the internet by a storm, but host Steve Harvey got called out by some for asking you to mimic an animal on stage. Now that you have had some time for reflection, what do you feel about the incident?

I think there was nothing wrong with him asking me that. He’s one of my favourite personalities, and I was happy to be standing next to him.

In fact, I am grateful that he asked me that question, because after that, my confidence grew. It was the right time to showcase my talent for mimicry. I also think we broke the stereotype that beauty pageants need to be all about beauty and being perfect on stage; you don’t need to be like anyone else! I was just myself.

You have expressed interest towards acting in films; what kind of cinema or stories would you want to be a part of?

I have been influenced by biopics and documentaries, and I want to follow my passion for acting and inspire people through that by choosing strong women characters. I want to show people what women are, what they can be, and break certain stereotypes around women.

If given a chance, I would love to do a biopic of a strong woman who has broken stereotypes.

The beautiful gown you were wearing when you won the crown, was designed by trans fashion designer Saisha Shinde. Were there any briefs you gave her about how the dress should be?

It was an honour that she made that wonderful gown for me. She delicately worked on it for over 25 days and the gown resonated with my culture. She was trying to make it very relatable to my life, and I also made sure she used the colour orange because it is my lucky charm!

I promised her that this would be the winning gown. When you have a beautiful team and a beautiful person who puts in so much effort, you know you’re going to win.