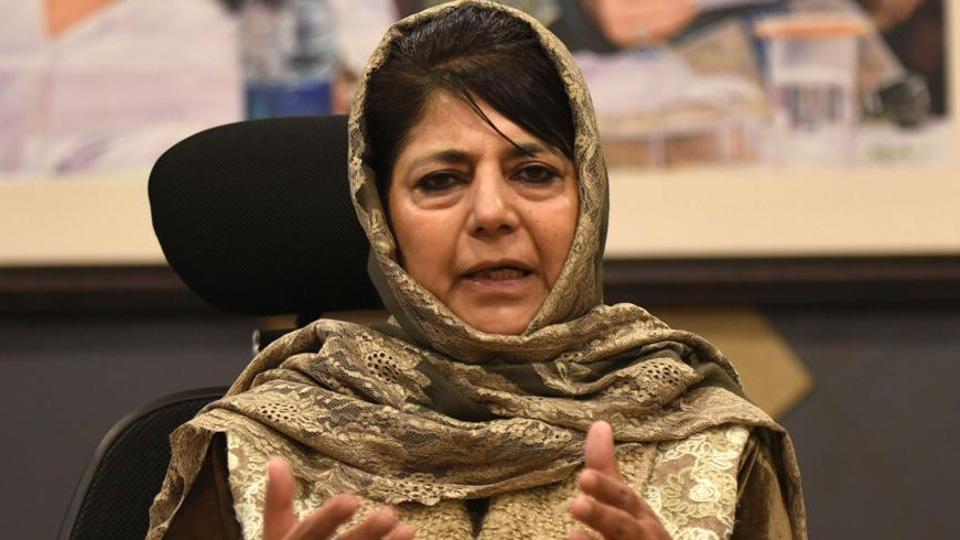 Former Jammu and Kashmir Chief Minister and People’s Democratic Party (PDP) Mehbooba Mufti dropped down to the third position while National Conference’s (NC) Hasnain Masoodi is leading from the Anantnag seat in counting trends on Thursday.

The Congress’ Ghulam Ahmad Mir is in the second spot and is giving a tough fight to the NC candidate in the counting phase.

The BJP has taken a lead in Jammu and Udhampur seats while NC’s Farooq Abdullah is leading from Srinagar constituency, his fellow party leader is also in the lead from Baramulla seat.

NC looks set to gain key constituencies from PDP in these elections while BJP is all set to retain its seats in 2019 with its party candidate Jamyang Tsering Namgyal giving a tough fight to Sajjad Hussain, the independent candidate who is in the lead from Ladakh.

The Lok Sabha results are seen as a crucial test for Jammu and Kashmir’s mainstream parties – the Peoples Democratic Party (PDP) and the National Conference (NC) — as the outcome will decide their and their top leaders’ futures.

If exit poll predictions are anything to go by, Mehbooba Mufti’s PDP seems to be dire straits with the party projected to not win even one seat. Mufti, who is contesting from family bastion Anantnag is also predicted to lose the elections.

Often known to go wrong, the exit polls also predict two seats (Udhampur, Jammu) for the BJP, 3 (Srinagar, Anantnag and Baramulla) for the National Conference and Ladakh for the Congress in the elections that were one of the least participative with 29.39% voter turnout against 31.18% of 2014.

In the 2014 Lok Sabha polls, the BJP had won two seats of Jammu and one of Ladakh, the PDP had won all three Valley seats and the National Conference and Congress drew a blank. NC candidate Farooq Abdullah later won the Srinagar bypoll.

For Mehbooba Mufti to stay relevant and maintain a hold on her party it is important that she at least wins the Anantnag seat, which witnessed less than 9% voting. She is up against the unease among voters and low morale within the party over PDP’s decision to form an alliance with the BJP after the assemby polls. As a party leader put it, ”A loss in Anantnag will have a big impact on the party.”

In 2014, Mehbooba had won the Anantnag Lok Sabha seat by defeating NC candidate Mehboob Beg by more than 65,000 votes. When Mehbooba became J&K chief minister in 2016 after her father’s demise, she got elected from her father’s assembly seat and vacated her Lok Sabha seat with an intention to field her younger brother Tasaduq Mufti from there.

But given the volatile security situation in the region the by-polls had to be deferred. Even this time the constituency voted in three phases to ensure appropriate security.

The PDP and the NC are contesting only in Valley seats to ensure the secular votes in Jammu remain undivided.

For the NC, any win beyond the Srinagar seat is a gain. Headed by Omar Abdullah, the party could not win a single seat in 2014 and is hopeful of bagging Kashmir seats this time given the reported disillusionment with the PDP. With the Assembly elections also due in the state, the Lok Sabha election outcome could be an indicator of which way the state will go.

The party has put up strong candidates in Akbar Lone from Baramulla and Hasnain Masoodi from Anantnag leaving Jammu, Ladakh and Udhampur for the Congress, with which it reached a pre-poll agreement to have ‘friendly contests’.

The Congress has fielded candidates in all five constituencies – Haji Farooq Mir from Baramulla, Raman Bhalla from Jammu, Vikramaditya Singh from Udhampur, Rigzin Spalbar from Ladakh and Ghulam Ahmed Mir from Anantnag.

The BJP has a strong candidate in sitting MP and union minister Jitendra Singh from Udhampur.

The state, though it has only six seats, has a relevance at the national level with any party/coalition more than willing to have representation from the state on their side to be seen as truly inclusive.

05/23/2019 Lifestyle Comments Off on Mehbooba Mufti drops to third slot in Anantnag; BJP ahead in Jammu, Udhampur
India