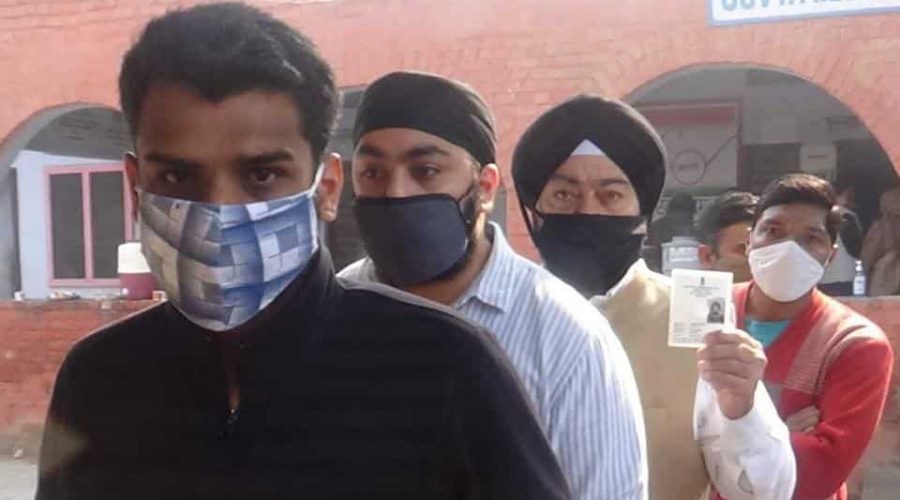 Despite it being a Sunday, voters did not appear to be very enthusiastic about the municipal corporation (MC) elections here, with only 56.3% turning up, which was around 11% less than the 2013 percentage.

Till this report was filed at 10 am, the website of the state election commission (SEC) showed 56.3% voting percentage, which was much less than nearly 67% recorded (2.72 lakh total voters) in 2013.

Locals cite drop in mercury levels since Saturday night and the shadow of Covid-19, especially for elderly, as the reasons for the poor show.

Only 17% voters turned up early as the morning remained foggy, but the numbers increased once the sun came out after 1 pm. A Bharatiya Janata Party (BJP) leader who did not want to be named, however, said: “The voters don’t take these elections seriously and are aggrieved with the level of corruption in the municipalities. Three holidays this Christmas weekend could be another reason.”

Political parties also made allegations of lapses by the SEC and the administration at different voting booths.

Pawan Aggarwal, husband of the Congress mayoral candidate, said as there had been no door to door distribution of voter slips, and in the absence of booth level officers (BLOs) people had a hard time finding their name in the lists and on the MC website.

Haryana Democratic Front general secretary Chitra Sarwara alleged that instances of negligence during delimitation of wards could have led to the confusion over voter lists.

On being asked about the verification of the lists by political parties, Sarwara said, “Many voters had to leave the polling booth when their names were not found in the list. No MC or mayor is in power since the last house session ended in 2018, so no one was ready to take the initiative and verify the lists.”

On these queries, SDM-cum-returning officer Sachin Gupta said that under the SEC, no arrangements are usually made for BLOs or voter verifiable paper audit trail (VVPAT).

“However, those under the Saksham Yuva Scheme (to provide jobs to young people for the state) have done a commendable job, the voter lists on the website were also perfectly fine,” he said.

DC-cum-election officer Ashok Kumar Sharma said in a statement said that despite the harsh weather, the voters came forward to strengthen democracy and the elections concluded peacefully.