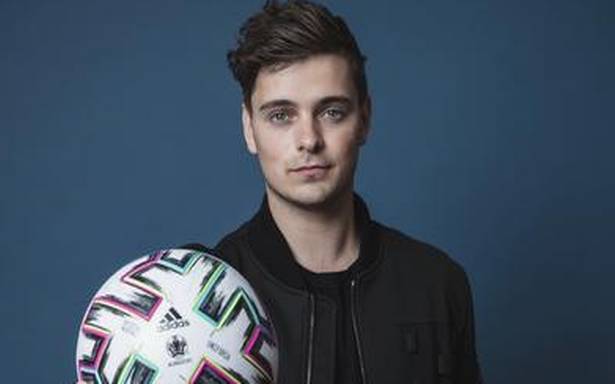 The acclaimed songwriter, producer and top-ranking DJ speaks about the euphoria that surrounds the EURO 2020 anthem and his inspirations in life

‘We Are The People’, the official song of UEFA EURO 2020 is set to kick off on June 11 in Rome. When the football anthem was launched on DJ Martin Garrix’ 25th birthday on May 4, 2021, by Sony Music Netherlands, the collaboration with U2 greats, Bono and The Edge, was one of the big surprises for fans.

In an email interview, Garrix reveals that as the tournament was pushed back due to the pandemic, they had to keep the secret for nearly two years. “Just being in the studio with them has been a surreal experience. Bono has such an iconic voice; I had goosebumps during the whole session. I love that they were so open-minded and involved in the creative process of the song,” he says.

The EDM virtuoso rose to fame with the electronic theme titled ‘Animals’ in 2013, at the age of 17. Garrix has collaborated with Usher, Dua Lipa, Bebe Rexha, Troye Sivan and Khaled. Still, composing for an event like the EURO Championship is a special honour, he says. “My first response when UEFA reached out was disbelief, then when things were confirmed, it turned into being very nervous, but also excited and grateful that they put their trust in me.”

Early this year, Garrix released a single titled ‘Pressure’ with Swedish singer, songwriter Tove Lo, which showcased his diversified repertoire. “Because of the pandemic, I had a lot of time on my hands to spend in the studio. This helped spark my creativity in a way that I could experiment with other sounds and explore new things, and ‘Pressure’ was a result of that,” says Martin who is inspired by his fellow Dutch DJ Tiësto. “I wouldn’t be making music and doing what I do if it wasn’t for him. Next to inspiring me with his music, he’s been a great friend and mentor for me the past couple of years,” he adds.

Mentioning the role of his family in his success, Garrix says, “Without my parents supporting my decision to quit school and pursue a career in music I definitely wouldn’t be where I am today.”

The past year has been creatively challenging. “It was weird for me to make festival music without live shows. Normally this is the music I test at festivals, get the response, go straight back to the studio with the adrenaline and excitement from the show, polish it, and test it again.”

Admitting that he used the pandemic time to relax, Martin says, “As much as it is a very difficult situation for so many people, it has also given me time to unwind. I had my first actual holiday in years, and I’ve got to spend so much time with my family and friends. I cherish that.”

He cannot wait to get back to the stage. “I’m missing touring, miss the fans, the shows, the adrenaline from being on stage. I do feel when we get back, the first shows will be insane. There’s going to be such an explosion of adrenaline, excitement, love, euphoria. I think it’s going to be beautiful,” says Garrix and adds, “ I can’t wait to go back to India.”