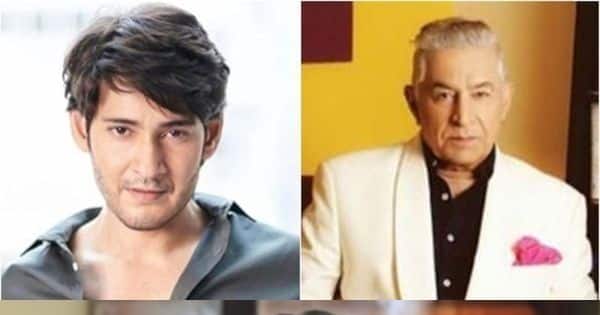 Mahesh Babu, Dalip Tahil, Thalapathy Vijay, Samantha Ruth Prabhu, and others are among the top newsmakers of today from South. If you have had a busy day and want to know what happened in the world of South entertainment, you are at the right place. Mahesh Babu gets support from Dalip Tahil, Thalapathy Vijay tops list of most popular pan-India male film stars and other such stories are a part of our trending South news. So read on to know more about our South newsmakers of the day.

Samantha Ruth Prabhu hits the gym
Samantha Ruth Prabhu has returned from Kashmir. She took to Instagram to share a video of her gym session. She wrote on her Instagram Stories, “I had a really long day doing action…I have scrapes and bruises to prove it. Can we go easy today? @junaid.shaikh88-sureee of course!! And then plans the toughest arms and back workout there is. @junaid.shaikh88 I just want you to know I didn’t miss you at all this past month.”

Kamal Haasan opens up on Hindi vs South debate
Kamal Haasan has opened up on the recent Hindi vs South debate. He said, “We will always be making pan India films. It depends on how good and universal the film is. Then, everyone would like to see it. ‘Chemmeen’, a Malayalam film, was a pan-Indian film. They didn’t even dub it, there were no subtitles and people enjoyed it.”

Varun Tej opens up on his next film with Praveen Sattaru
Varun Tej has said that he will play the hero in the next film directed by Praveen Sattaru during a brief media interaction about his upcoming comedy entertainer F3. He also said that it will be a straight-up action drama set entirely in London.