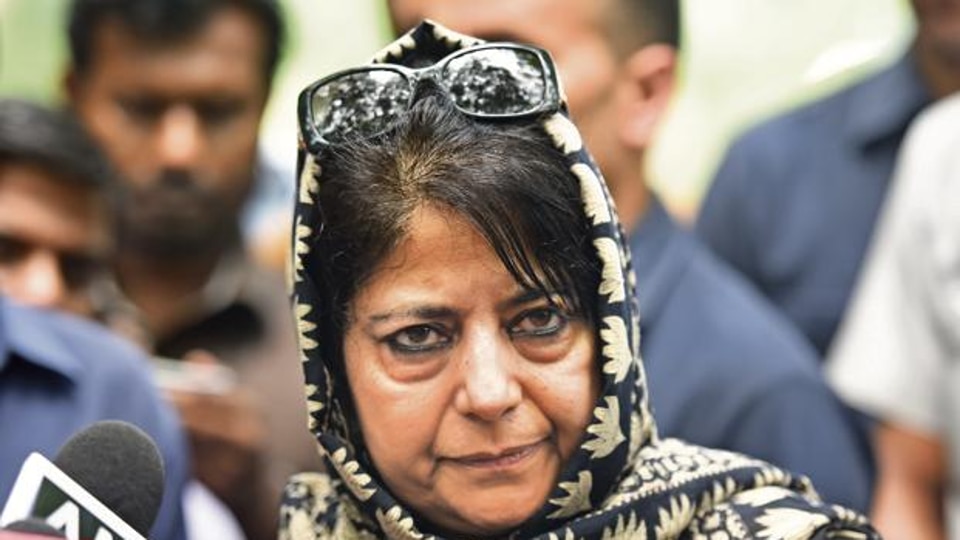 PDP president Mehbooba Mufti conceded defeat on Thursday in the election to the Anantnag Lok Sabha seat after trailing in the third place, behind the National Conference’s (NC) Hasnain Masoodi, who has taken a lead of 7,600 votes over Jammu and Kashmir Congress president G A Mir.

Masoodi, a retired high court judge, was leading Mir by 7,600 votes with 18,000 votes to be counted, election officials said.

Mehbooba, who had won the Anantnag seat in the 2014 Lok Sabha polls, was at the third spot, 11,700 votes behind Masoodi.

“I’ve been fortunate to get the love & affection of my people. They have every right to express their anger for my failings. Accept their verdict with humility. Congratulations to winning candidates from NC. I’m grateful to my party workers & colleagues,” the People’s Democratic Party (PDP) president said in a tweet.

She also congratulated Prime Minister Narendra Modi for the “historic” mandate in favour of the ruling Bharatiya Janata Party (BJP).

“Congratulations to Narendra Modi ji for a historic mandate. Today surely belongs to BJP and it’s allies. Time for Congress to get an Amit Shah,” she said.

This is only the second electoral defeat for Mehbooba since she joined politics in 1996. She had lost the 1999 Lok Sabha polls from Srinagar to the NC’s Omar Abdullah.

05/23/2019 Lifestyle Comments Off on Lok Sabha results 2019: Time for Congress to get an Amit Shah, says Mehbooba Mufti after losing her own seat
India