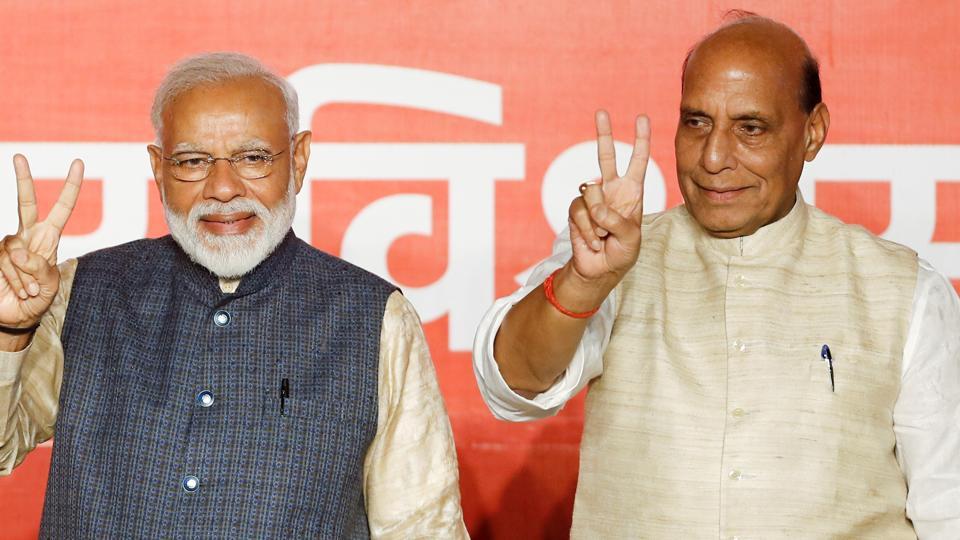 The Lucknow Lok Sabha seat is considered among the strongholds of the BJP as the party has not lost here since 1991.

Senior BJP leader and former Prime Minister Atal Bihari Vajpayee held the seat from 1991 to 2004, followed by Lalji Tandon in 2009 and then Rajnath Singh in 2014. This was the first Lok Sabha election since the demise of Vajpayee.

In Lucknow, Rajnath Singh maintained a lead of around 13,000 votes since the first round of counting that was carried out at the Rama Bai Ambedkar Maidan. In the first round, Singh got 23,777 whereas SP candidate Poonam Shatrughan Sinha got 10,729 votes. In round 2, Rajnath’s lead increased up to 15,282, followed by 37,419 votes in round 3 and 42,657 votes in round 4. The margin kept increasing as counting progressed. By the 30th round, the margin went up to 3,47,302 votes.

Rajnath Singh had also registered a remarkable victory in the 2014 Lok Sabha polls by securing 5,61,106 votes. He defeated his nearest rival Rita Bahuguna Joshi (then a Congress candidate from Lucknow LS seat). Joshi had secured 2,88,357 votes.

On Thursday, Rajnath Singh tweeted — ‘This historic victory in the General Election is the outcome of Modi ji’s visionary leadership, Amit Shah ji’s dynamism and hard work of millions of BJP karyakartas on the ground’.

Kishore had also registered a victory in the 2014 Lok Sabha elections, when he secured 4,55,274 votes while his rival, BSP candidate RK Chaudhary got 3,09,858 votes.