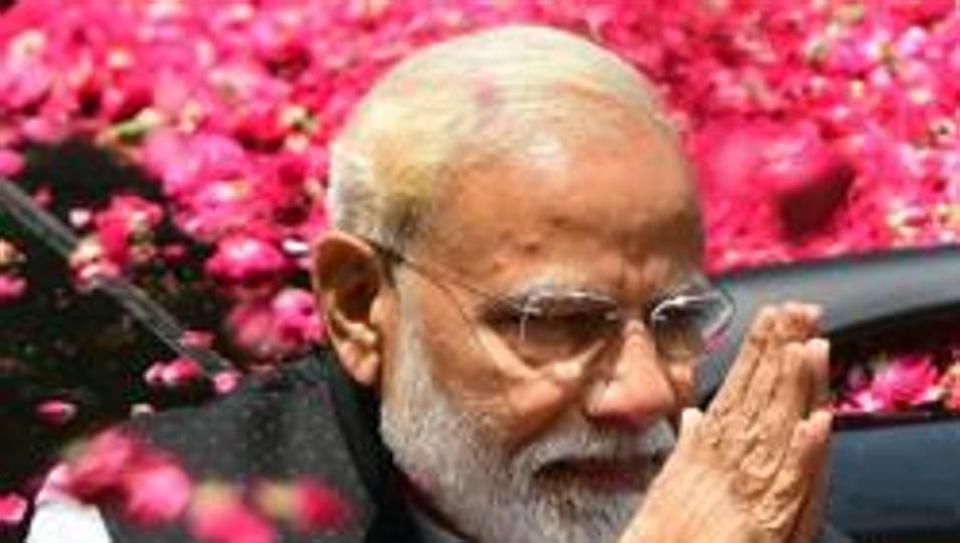 Prime Minister Narendra Modi on Tuesday likened his campaign for this Lok Sabha election to a pilgrimage, saying it stood out from other polls as it was being fought by the people and not the party alone.

He made these remarks at a meeting of ministers of his government at the BJP headquarters where he thanked them for their work, Union minister Narendra Singh Tomar told reporters.

“I have seen many elections but this one was beyond politics. Public was fighting them. I have campaigned in assembly elections and undertaken political tours for the party in different elections. When I toured during these polls, it seemed that I was on a pilgrimage,” the prime minister was quoted as saying.

He met Union ministers from the BJP as well as allies at the meeting- called ‘Aabhar milan’ (expressing gratitude)- hosted by party president Amit Shah. Shah also later hosted a dinner for party leaders and allies.

The BJP described the meeting as an occasion to thank ministers for “their service to the nation” ahead of the counting of votes for the Lok Sabha election on May 23, following which a new government will assume charge.

Later in a tweet, Shah said, “I congratulate Team Modi Sarkar for their hard work and remarkable achievements in the last 5 years. Let us keep this momentum going for a New India under the leadership of PM Narendra Modi.” Union ministers Rajnath Singh, Nitin Gadkari, Arun Jaitley, J P Nadda and Prakash Javadekar were among the key leaders from the BJP at the meeting.

Some ministers from BJP allies, including Ram Vilas Paswan of the Lok Janshakti Party, Harsimrat Kaur Badal from the Akali Dal and Anupriya Patel of the Apna Dal, also attended the meeting.

The saffron camp has expressed confidence that the NDA will emerge victorious, with the exit polls too forecasting a return of the Modi government.