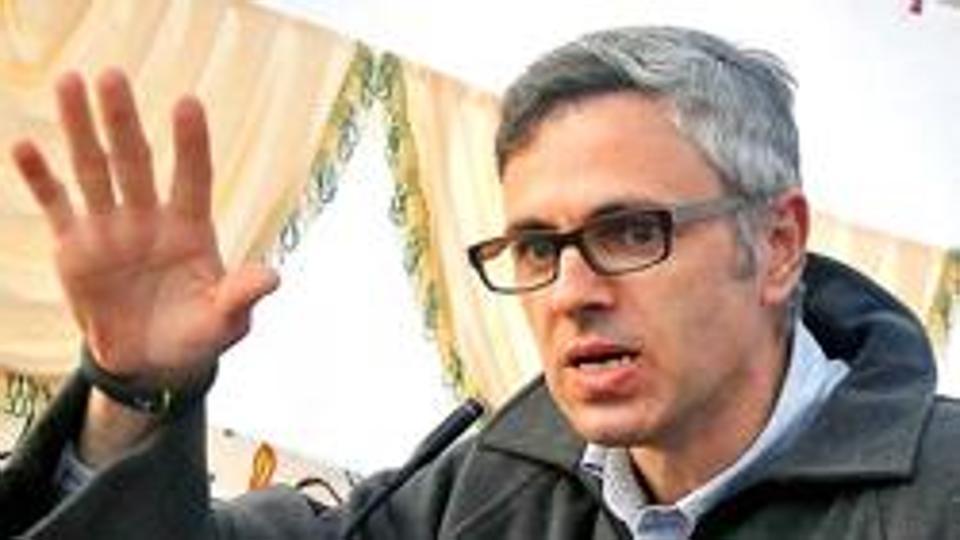 National Conference (NC) vice-president Omar Abdullah Thursday said the country has rejected an alternative to the BJP and Prime Minister Narendra Modi’s “second term” is not a “fluke”.

A vocal critic of Modi-led NDA government, Abdullah also requested the BJP leader to “take everyone along” in the coming five years as “this country belongs to all”.

“We fought the election and tried to have an alternative to the BJP and the NDA and put it before the country. The country did not accept it. The reality is that the places from where we were expecting the opposition to win, the number of seats from there has come down rather than going up,” Abdullah told reporters here.

“But, today is the day of Modi’s success. I think it would be wrong if we do not send a message of congratulations to him. ‘Jo jeeta wohi sikandar’ (he who wins, is the king),” he said.

“The endeavour should be to take everyone along. When he (Modi) won for the first time (in 2014), people said he won by a fluke, but now this is not by fluke and the people of the country have given him another opportunity,” he added.

In what is certain to be a resounding victory, the BJP, until 4.30 pm, had won five seats and was leading in 294 of the 542 Lok Sabha seats that went to polls in seven phases, demolishing the combined opposition, according to the partial vote count released by the Election Commission.

The Congress is leading in only 50 seats, the trends showed.

The NC leader said while his party played its role, the opposition would have to analyse what went wrong in other states.

“We played our role. We contested three seats and we expect to win all three. We tried on the fourth seat (Ladakh), but perhaps the Congress helped the BJP to win from there. What has happened in the other states and why did the opposition lose in those states, that will have to be analysed,” Abdullah said.

Listing his expectations from the new government, the former Jammu and Kashmir chief minister said, “There are expectations from the Centre that there will be a better thinking for this state, that the dialogue would be restarted – whether with Pakistan, of which we saw a little beginning yesterday when the foreign ministers of both the countries were talking to each other (at the SCO meeting).” “In the same way, if some steps are taken internally, if the difficulties which we saw in the last few months are minimised and the border trade be restarted. There are expectations that such steps will be taken so that the people of J-K breathe a sigh of relief,” he said.

Asked if the onus of the loss of opposition parties lay on the Congress, Abdullah said the party will have to do that analysis.

“Today, we are thinking about the state. We want to assure the people of the state that we will not let their hard work go waste and will represent the state and its issues in the parliament strongly and protect the special status of the state. As far as the rest of the country is concerned, the big leaders in the country should see that,” he said.

When asked about his tweet after the BJP’s victory in the UP polls in 2017 that the opposition should forget 2019 and start preparing for 2024 polls, Abdullah said it was unfortunate that his words had come true.

“I did not want it to come true and wanted the others to hear the warning bells which I had heard and then do something about that. But, I felt I was the only one talking about that. It is said that one can only snap his fingers alone and not clap. So today, we are clapping and the others perhaps are not capable of clapping now,” he said.

Abdullah said the opposition lost most of its steam after the Balakot airstirke across the Line of Control.

“Who can say what would have happened if Balakot had not happened? But, it is also true that after Balakot, the opposition lost most of its steam. There were several issues. We can discuss many of them. Whether ‘chowkidar chor hai’ (watchman is a thief) was a right slogan, whether it was right to focus on Rafale, whether we presented rural distress, unemployment, economic distress properly or not? If we should have questioned Pulwama rather than Balakot?” he said.

“We can do analysis on several such issues, but as goes a saying that ‘once the horse has bolted, what is the point of closing the stable door?’ Now, if we catch hold of the horse after five years, then it is fine, otherwise, it will go ahead,” he said.

Abdullah asserted that the people of Jammu and Kashmir should not treat the threat to Articles 370 and 35A of the Constitution as ordinary.

“Scrapping Article 370 and 35A has been in their (BJP) manifesto before as well. But, we should not think of this threat as ordinary, we will use all of our power to save them,” he said.